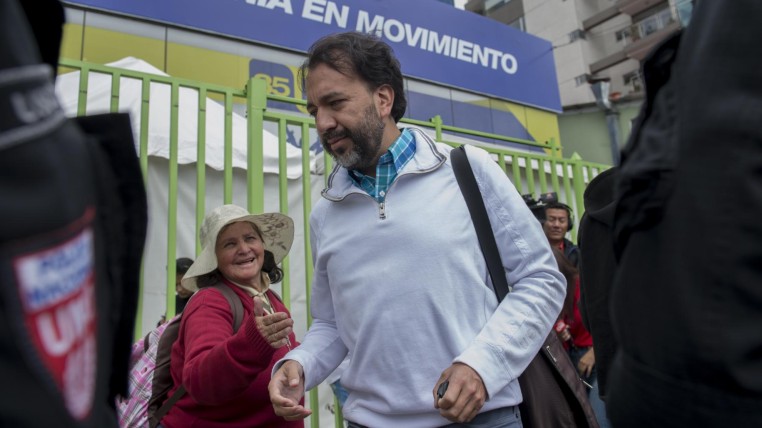 A crucial day for Vice President Jorge Glas and, in general, for the country. Not only the precautionary measures issued against him and his uncle in the Odebrecht corruption case will be reviewed today. Glas and Rivera are linked in the corruption plot for alleged unlawful association in the payment of bribes, but also the parliamentary bloc of Alianza PAIS will meet at 09:30 to define its position: endorse him or ask him to leave office.

The opposition sees with little expectation and, in particular cases, with caution the fate of the vice president. They insist on a call for impeachment.

“That’s an Alianza PAIS issue,” said CREO Legislator Patricio Donoso, at the meeting of the ruling bloc. His party hopes that Glas resigns or “we will restart the request for impeachment for the serious political responsibilities because corruption was found in the strategic areas of the State he managed,” he said.

Like ID Legislator Vilma Andrade, Donoso expressed his hope that the attorney general reformulates the charges against Glas as a fair mechanism to fully understand the crimes of corruption that are coming to light.

Andrade, who does not believe that Glas resigns even though his bloc requires it, acknowledged that the case is in the hands of the prosecutor.

“I think Ecuador is waiting for a reformulation of charges so that Glas is not sentenced with a misdemeanor and then takes the role of victim,” Andrade stated. (I)