Last Monday Diane Rodríguez, president of the GLBTI (Gay, Lesbian, Bisexual, Transgender and Intersexual) Silueta X group, along with other members of the group, went to the Ombudsman to file a legal complaint against three national television programs: Vivos, La Pareja Feliz and Mi Recinto, whose contents are considered as “offensive” by the group.

“We do not want these (programs) to disappear, we want them to give us a risibility quality, we want them to make us laugh in an appropriate way, in a smart way, in a way that does not involve the stigma and discrimination,” Rodríguez explained.

The paper asks the Superintendent of Communication (Supercom) to perform a review and regulation of these national comedy shows. Initially, the complaint was addressed to 25 programs, later reduced to four, and finally, the claim was reduced to three. 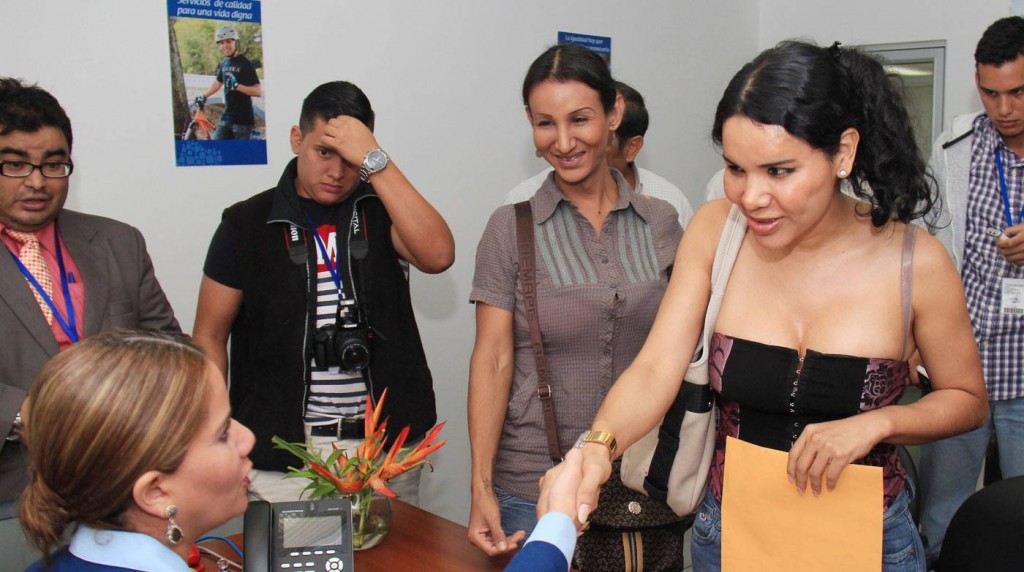 Diane Rodríguez delivers the document in the Ombudsman.

CNE and YASunidos continue to disagree