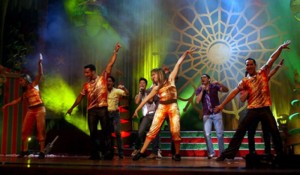 Well known American singer Gloria Gaynor will be at Teletón “Por la vida” 2010, an every year Christmas show organized by Guayaquil City Hall. This is the first time that Teletón brings american singers. Organizers said they wanted national and international artists, such as Gaynor, to sing in the show because they plan to help 7 benefic institutions from Guayaquil.

Pascual Del Cioppo, the event organizer, said he will give further impetus to the construction and equipping of a Roberto Gilbert’s  newborn nursery room, and also to the implementation of a burned children room, where it will undergo facial and whole body reconstruction.

Moreover, the resources raised will benefit city foundations such as “Educar en Cristo” and “Jucone”, which is responsible for child nutrition help. Del Cioppo said  they will continue providing resources to heal children with ictiocis.

This day of solidarity will be held on December 4 at Centro de Arte de la Sociedad Femenina de Cultura, from 10:00 until 20:00.