Juan Zapata, Minister of the Interior, presented information on these candidates to the Prosecutor’s Office. There are eight open investigations for the so-called narcopolitics. 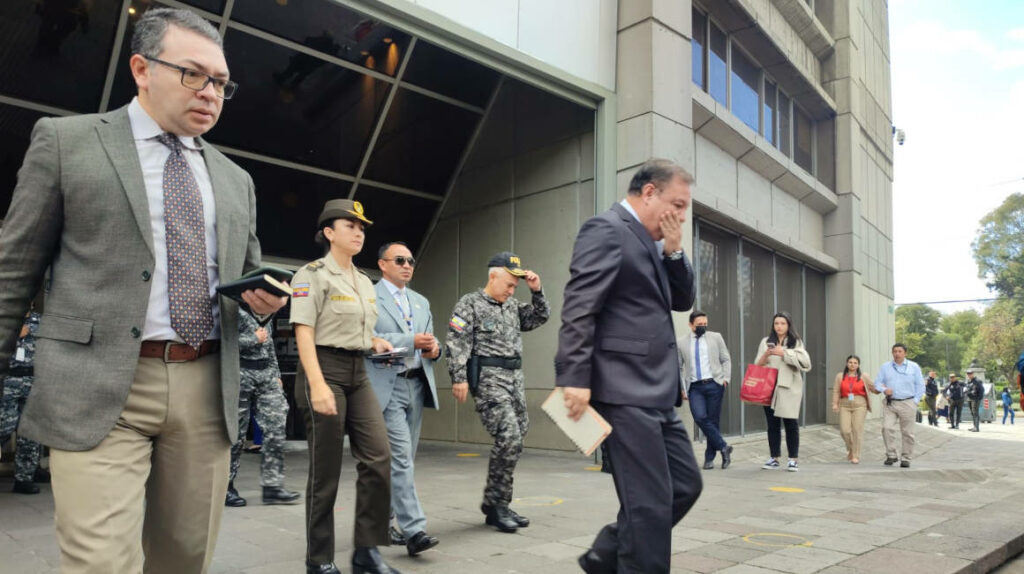 Juan Zapata, Minister of the Interior, leaves the Prosecutor’s Office after presenting a report on electoral candidates linked to drug trafficking, on January 25, 2023.

The information was delivered by Zapata, at the offices of the State Attorney General’s Office, on the morning of January 25, 2023. The official assured that he provided data on possible crimes related to 28 candidates for the 2023 sectional elections.

These are 22 men and six women who are allegedly linked to crimes such as drug trafficking, illegal mining and other related crimes.

According to the official, 21 mayoral candidates are involved, three for Prefectures and four for Councilors. The applicants belong to 11 provinces of the country:

Zapata assured that the information delivered to the Public Ministry will feed the files of eight previous investigations that have already been opened for the alleged links of drug trafficking and organized crime with politics.

The information presented, according to the official, was compiled from different sources. Among which he highlighted testimonies, social media posts and police intelligence reports.

Zapata said that because it is a procedural issue that is still in reserve, he cannot confirm the names of those investigated. Neither their movements and political parties. But he advanced that “there are” involved “from different parties.”

Now, added the official, it is up to the Prosecutor’s Office to investigate and determine if there are crimes.

While in the electoral area, Zapata assured that it is the responsibility of the National Electoral Council (CNE) to take actions to prevent them from participating in the elections. Although he recalled that currently all candidates enjoy immunity.

Fausto Salinas, General Commander of the Police, explained that those investigated have been identified, since the agents tracked down people linked to criminal groups that have approached the candidates and also because the same applicants have been associated with criminal organizations.