Government Ecuador responded to the iachr on question 3 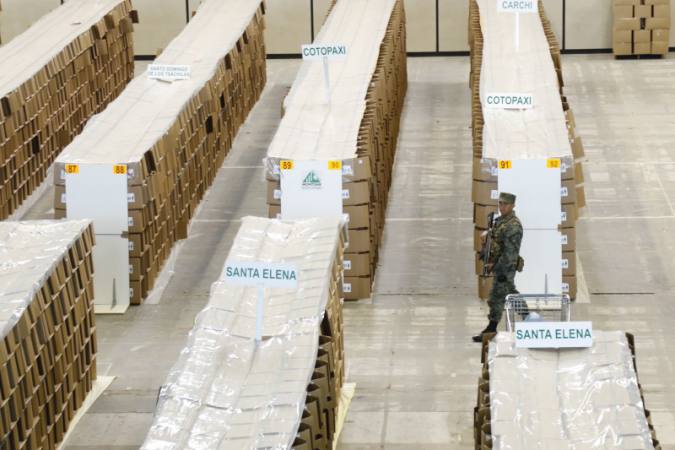 The Government responded to the request of the Inter-American Commission on Human Rights on question three of the referendum that seeks the restructuring of the Council for Citizen Participation and Social Control (CPCCS).

Vice President Maria Alejandra Vicuña said that on Monday the Foreign Ministry responded to the international body, whose pronouncement is not binding, he said.

He argued that the consultation is legitimate, that they do not have the slightest doubt that the response the Government is giving will satisfy the Commission, that the process is in accordance with the law and what the Constitution establishes and is legitimate because it is the result of political of national dialogue that the Government undertook since the beginning of its mandate.

The vice president added that the formation of the Participation Council will be in accordance with the statement by President Lenin Moreno, in the sense that it must be probabilistic people, “who are not friends of the Government, not masters of power, in that has been emphatic the president of the Republic, is the very essence of the approach of rethinking the composition of the Council “.

The IACHR, which is part of the Organization of American States (OAS), requested that Ecuador, within five days, send “detailed information on the characteristics, functions and effects of the mandate that the Council would have to temporarily assume the powers, duties and attributions of the CPCCS “.

This after that, at the end of last year, three members of the Participation Council will file a complaint for an alleged unconstitutionality in question 3 of the consultation this February 4.

Moreno, in an interview last Sunday, said he does not intend to control the Transitional Participation Council he is proposing in the popular consultation and asked citizens to suggest names to integrate it.

Question three will consult the public if it agrees to amend the Constitution to restructure that Council, as well as to terminate the term of its members, and that the Board that assumes temporarily has the power to evaluate the performance of the authorities that this appointed, being able to anticipate the termination of their periods.

The company Montgar began with the transfer of electoral kits to the provinces of the Amazon. Its manager, Juan Carlos Puente, confirmed that since Monday the process began, and yesterday 50% of the electoral material was transferred to Guayas, and today they will deliver the rest. He also confirmed that the Military Geographical Institute (IGM) gave them 100% of the ballots and printed electoral documents. Montgar is in charge of assembling the kits and would finish on February 2 with Pichincha. (I)