Government interests give preference to the Chinese government 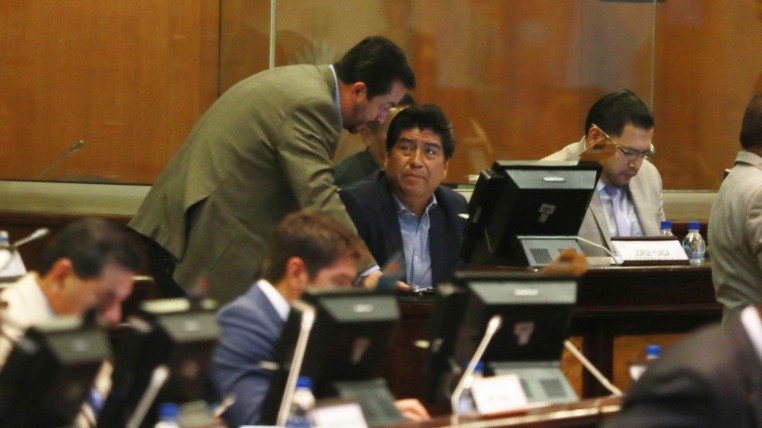 When it comes to the Chinese, the Alianza PAIS party walks on eggshells. It does not matter if the issue that concerns them has to do with interference in Ecuadorian waters, illegal fishing of threatened species and ecological devastation. After all, the Chinese are a friendly government, friendly people. The official bloc in the Legislature has it very clear. That is why, when it condemns a crime because it has no choice, it does so without even mentioning them. Exactly, that’s what happened yesterday at the plenary session.

The resolution to “condemn and reject the illegal entry to the Galapagos Marine Reserve and the illegal, unreported and unregulated fishing of protected species” by vessels of the massive and devastating Chinese fleet was unanimously approved. With a peculiarity: instead of saying Chinese ships, they said “foreign flag ships.” Bolivians, maybe.

“It is not enough to exhort – Legislator Cesar Rohon put the finger on the sore spot, – mechanisms must be established so that this does not happen again. Because the Chinese take liberties that are forbidden for any Ecuadorian vessel: factory ships, mother ships, free passage through the Galapagos inland sea.”

Fabricio Villamar, a CREO legislator, succeeded in including the only two articles with practical effects in the text of the resolution. First: to summon the authorities of the Regulation Agency and Hydrocarbons Control to report on the fuel supply of the fleet and China. Second, to request Ecuador’s accession to the Agreement on Port State Measures against Illegal Fishing, which would oblige any foreign vessel in Ecuador’s territorial sea to dock in a national port for inspection.
Did the ruling party realize what they had just approved? Are they willing to know who leads the fuel business?. (I)
Source: http://www.expreso.ec/actualidad/pescailegal-asamblea-islasgalapagos-barcos-china-YJ1658616