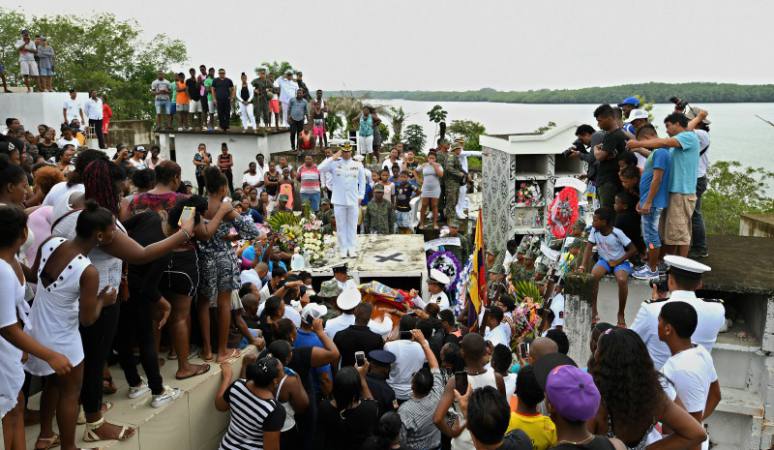 The violent attacks that have taken place in San Lorenzo, Esmeraldas, since last January, by armed groups linked to drug trafficking would be causing the displacement of inhabitants of the northern zone.

Interior Minister Cesar Navas said that some citizens had fled from Mataje, in a meeting of the Intersectorial Cabinet of Territorial Security, held yesterday in the city of Esmeraldas. He indicated that in this case full support will be given to the entire population that moves to other sectors.

“Certain actions have been arranged (…) through the Secretariat of Risk Management in coordination with the Emergency Operations Committees of Autonomous Governments to be able to receive this population (…). Through the Miduvi, definitive solutions are already being proposed if there are populations that have to be definitively transferred to other sectors of the San Lorenzo canton, “Minister Navas added.

Vicuña added that Esmeraldas will join, with its Prefecture, as part of the Reconstruction Committee, created after the 2016 earthquake that affected that province and Manabí.

The last violent attack, the explosion of an artifact in Mataje when a military patrol passed, last Tuesday, caused 11 wounded and the death of three soldiers, among them, the sub-officer of the Navy Luis Alfredo Mosquera.

Yesterday, in San Lorenzo, a mass was celebrated, a burning chapel and its burial. At eight o’clock in the morning, the coffin was taken from the neighborhood 26 de Agosto to the Marine Infantry Battalion Nº11 San Lorenzo.

Ottorino Poletto, parish priest, who there officiated a mass, said that there is indignation in the population for what has been happening for two months. He rejected violence and advocated for peace and justice.

Then the body went to the cantonal cemetery. Dozens of people, like Silvia Banguera, carried white flags. She said it was to ask that the attacks end. He said that before they walked the streets with tranquility, now he can not do it out of fear.

The population, for now, is totally militarized.

Access to Mataje. Who does not reside in the area can hardly enter this sector where the attack occurred on Tuesday. Only residents are allowed access with strict review. A military control is maintained that checks, with mirrors, the lower part of the vehicles to warn of the presence of explosives.

‘Restructuring of the Security Council’

Faced with the situation on the northern border, the Association of Generals and Admirals of the Armed Forces of Ecuador (Asogenal) urged the Government to develop four actions: restructure the Public Security Council and the State for a strategic political conception of security, without ideological intentions.

‘Commitment is shared with Colombia’

Foreign Minister María Fernanda Espinosa said that Ecuador is a difficult time and recent events on the northern border constitute “attacks on our national sovereignty that has even claimed human lives, we deeply regret the loss of human lives …”.

“There is a shared commitment with Colombia to face all forms of violence and aggression against our border population, what Ecuador has requested is that we comply with the agreements …”. (I)