Government of Ecuador hires a US firm for $ 900,000 to lobby in favor of the trade agreement

The Government of Ecuador, through the Ministry of Production, Foreign Trade and Fisheries , hired the US firm Arnold & Porter Kaye Scholer LLP to lobby (lobby with authorities) in favor of a trade agreement with the United States (USA). ), for an amount of $ 900,000 that could be increased by additional expenses. 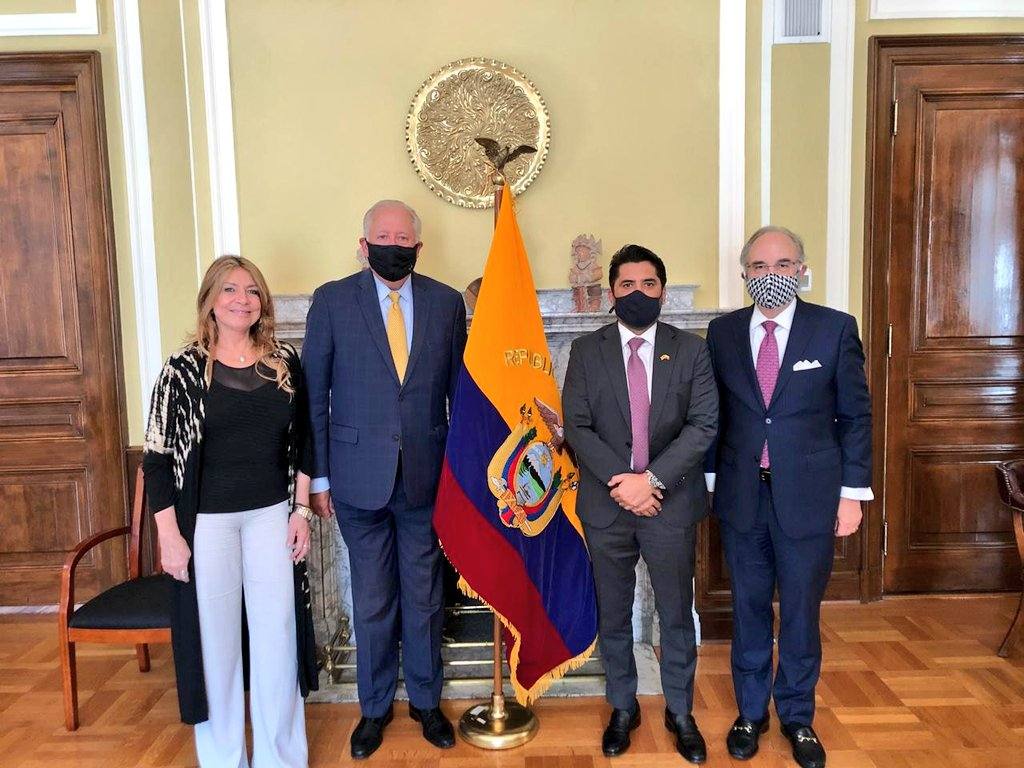 Government of Ecuador hires a US firm for $ 900,000 to lobby in favor of the trade agreement

According to the contract letter , addressed by Arnold & Porter to Minister Iván Ontaneda , on November 10, the amount of the “fees” that the firm will charge Ecuador for its professional services is $ 900,000 net of taxes, stamps or deductions.

Included in this amount are the fees related to advising and designing communication strategies by Glover Park Group (GPG). The contract will last until May 31, 2021 , the same month that the presidential term of Lenín Moreno’s government ends .

The firm clarifies that it cannot make promises or give guarantees and adds that “internal expenses and surcharges on behalf of the Republic” may be incurred as travel and transportation expenses for an estimated $ 50,000 , and that it may be necessary to hire people with special training or experience and “we may recommend that the Republic assume responsibility for hiring such people.”

“If the matter does not advance or does not reach the desired conclusion for any reason, the Republic (Ecuador) continues to be directly responsible for all costs and expenses actually billed by the firm (Arnold & Porter),” indicates the firm.

The first rapprochement between the Government and Arnold & Porter occurred on Tuesday, October 13 , when Minister Ontaneda traveled to Washington DC to fulfill a commercial and investment promotion agenda, in order to position Ecuador as an investment destination in the region. and generate contacts that allow the execution of investment projects.

The meeting was between Ontaneda, the ambassador of Ecuador in the United States, Ivonne Baki , the ambassador Tom Shannon and the partner of Arnold & Porter, Raúl Herrera, and the objective: “Work strategy of lobbyists to mainly influence legislators (congressmen ), in favor of the trade agreement with the United States. ” After the meeting, Ecuador agreed to “accelerate the hiring of lobbying services.”

After a new trip from Ontaneda to the United States for the III Meeting of the Bilateral Council for Trade and Investment on November 7, after the signing of the first phase agreement was announced , the minister sealed the deal with the US firm to that starts with the lobby .

Regarding the hiring, in the last hours, Communication from the Ministry reported that “(the firm) was chosen to work with the congress towards a comprehensive agreement” and that the hiring was done “under the regime.”

In November, President Moreno assured that his government would no longer sign a definitive comprehensive trade agreement with the United States, but that they would leave it on track. (I)

Justicia Social may register Álvaro Noboa as its presidential candidate; Electoral Court ordered the CNE to be allowed to choose candidates from the primaries