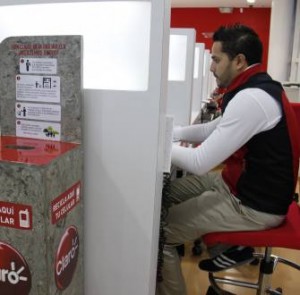 The Government sent on Thursday, July 24, to the National Assembly a bill that redistributes the 15% of profits that until now were fully shared with the telecommunications workers. For this, leave to the template only 3% of what who previously received.

The draft reformatory law of the Telecommunications Law includes a unnumbered article (which will be below 13), which states that 12% of earnings “will be paid to the State, that will allocated to social investment projects and development telecommunications, in particular universal service. “The other remaining 3% will be distributed among the employees.

The proposal, dated July 14 and signed by the President of the Republic, Rafael Correa, refers to a “fair remuneration” for all workers “as guaranteed the Constitution.”