The Emergency Operations Committee (COE) ordered that the Government also manage the funerals of people who have died in the public hospitals of Guayaquil. 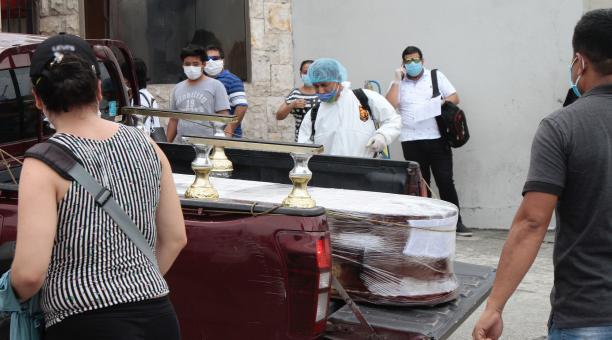 This was indicated on the morning of this Sunday, April 5, 2020 by Jorge Wated. The official is in charge of the Task Force that manages the burial processes of the deceased during the country’s health emergency .

Through a statement, Wated has indicated that the relatives of people who died in hospitals will have 24 hours, from the death of their relative , to notify the authorities if they want the government to take care of the burials.

The State has announced that said burials will be held in two city cemeteries on one-person land . The conditions of these new burials are the same as those that are being given to people who lost their lives at home.

However, on the exteriors of the hospitals the relatives say that the problem is not the burial, but the identification of the corpses. There are people who have been waiting nine days to recover the bodies of their loved ones.

On the other hand, delays for the removal of bodies in the homes persist. According to data from the Task Force, only today in Guayaquil 98 remains of people who died in their homes will be removed .