The Minister of Finance, Pablo Arosemena, confirmed that the State will issue blue bonds in 2023. The operation will allow the expansion of the Galapagos marine reserve. 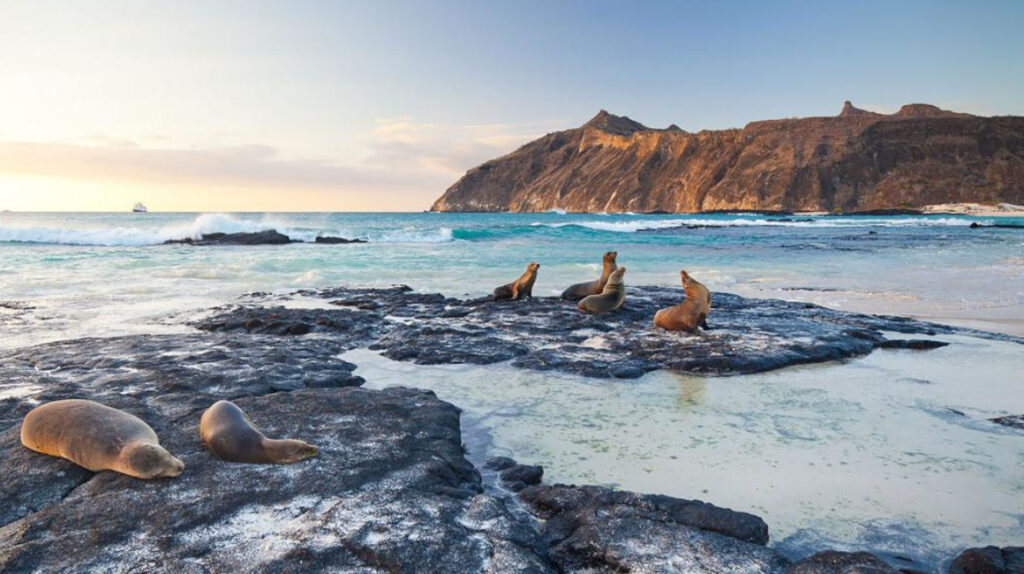 The Government will materialize in 2023 its promise to issue blue bonds, an operation to finance the expansion of the marine reserve of the Galapagos Islands.

It was confirmed by the Minister of Finance, Pablo Arosemena, in an interview with PRIMICIAS.

The plan for a blue bond issue had been announced by President Guillermo Lasso in November 2021.

With the resources obtained from the issuance of these bonds, the Government would repurchase a part of its own external debt to take advantage of the scenario of low prices for these papers.

The savings generated by the operation will be transferred to a trust for the expansion of the reserve of the Galapagos Islands and to finance its conservation.

The Minister of Finance also announced that the Government will analyze new tax reductions, such as the Special Consumption Tax (ICE) and tariffs, for 2023 and 2024.

How will the impact on state revenues of the reduction of ICE, the Foreign Currency Outflow Tax (ISD) and Value Added Tax (VAT) be offset?

Most of the fiscal sacrifice will be due to the reduction of the ISD.

But in 2022 we already lowered one percentage point of the ISD and instead of falling, there was an increase in collection because sales grew.

By 2023 we expect sales to continue the recovery trend and, with it, an increase in tax revenue, especially for VAT.

We don’t have plenty of money, but we are confident that by lowering certain taxes, people will have more resources in their pockets and that will have a multiplier effect on sales.

Did you coordinate with the Ministry of Health before making the decision to lower taxes on cigarettes, beer, and alcohol, due to their effect on public health?

We are fulfilling a promise that we had made during the campaign, before Guillermo Lasso became President.

No one should be surprised that we are lowering taxes now. All the State portfolios are aligned with that.

By reducing the ICE of these products, we seek to reverse the effect of inflation.

The inflation of these products could affect an entire logistics chain, but mainly small businesses and neighborhood stores.

The automotive sector also requests a reduction in ICE to alleviate inflation in 2023. Will they analyze it?

Vehicle sales reached a historical record in 2022. What matters is to have a competitive economy. As there is more competition and a freer market, prices will go down.

In 2023 and 2024 we do not rule out continuing to review the ICE on other products, as well as the tariffs that make people’s lives more expensive, but, as long as we continue with a fiscal order that gives us space.

In addition to the tax reduction, Ecuador began 2023 with a reduction in country risk. What does it take to lower it further?

What investment banks say, including JP Morgan, is that Ecuador is doing well in macroeconomics, but its problem is political.

With our management, people can be for or against, but we have a north: trade agreements, tax reduction.

But the Assembly is a very erratic institution. The country needs political certainty in 2023, something that the Assembly does not provide.

A constitutional referendum is approaching, and people are already expressing their desire to vote in favor of the questions, which contributes to giving political certainty.

For our part, we concluded an agreement with the International Monetary Fund (IMF), something that had not been achieved in the last 20 years; we lowered the fiscal deficit; we have international reserves at record levels.

Whether the country’s risk continues to drop will depend on the Assembly, but it will also take time. This is because Ecuador has not paid its debt eight times throughout history and the markets do not forget quickly.

At how many points would the country risk have to be for Ecuador to place bonds in the international market again?

It is not a matter of having an ideal country risk number to issue bonds. Although, the lower the country’s risk, the better.

We still do not need to go to the market, it is not a priority.

Later it may be so, for now we prefer to keep the options open.

Will you do the bond repurchase in 2023?

In 2023 we will issue blue bonds, that will be historic for Ecuador and for the region. One part of that operation has a liability management component.

The details I can still give us. I don’t like to talk before things are finalized. That is what happened with the agreement with the IMF, there was a lot of speculation, they said that we were not going to close the program because the audit of Petroecuador’s balance sheets was not carried out.

However, we did it.

How has the dialogue with the IMF to sign a new program progressed?

We maintain the support of the IMF, cooperation has not stopped, we continue to share information.

We have several alternatives to continue working with the IMF, one of them is the Resilience and Sustainability Program (RST).

Signing a new credit agreement will depend on what happens in the world. In the future we will see if we activate any financing facilities.

But, without the macroeconomic order that we achieved and if we did not successfully close the agreement with the IMF, we would not even have those alternatives.

Why didn’t the four largest auditors in the world want to audit Petroecuador’s balance sheets?

The question is, why was no government interested in auditing Petroecuador’s financial statements before?

This government will go down in history because it will audit the financial statements of an emblematic public company like Petroecuador.

It is part of our vision to generate transparency. What will happen after the audits we cannot anticipate.

Will they have to look for national auditors, since international firms were not interested, and when will the new contest take place?

There is no date yet. We have to take the time necessary to do the processes well, with the support of multilateral banks, such as the Inter-American Development Bank (IDB).

It is necessary to organize the tenders in such a way that it is a transparent process, which is not later observed or questioned.

Ecuador, the country where remittances contribute the most to the economy