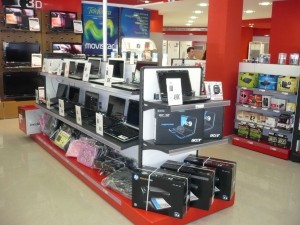 National or assembled goods in the country are beginning to displace the imported in certain market segments, such as appliances and textiles, due to the entry into force of safeguards to merchandise purchased abroad, thus, some businesses have chosen to import less and supply the demand with local merchandise.

The importing company Jarrin, in Guayaquil, lowered its purchases abroad since last month. They opted to buy TVs of brands assembled in the country. Amanada Gonzada, general manager of the shop, says that customers prefer known brands when it comes to Smart TVs.

Hackers, specialized store in action figures and clothing, stopped importing clothes from the United States, says José Barrera, owner, so he has been supplied with national clothes, but says that there is not much variety.

Between March and April $ 69 million have been collected by safeguards, said Thursday Xavier Cardenas, manager of the National Customs Service.