Green banking: entities seek to be friendly and responsible with the environment 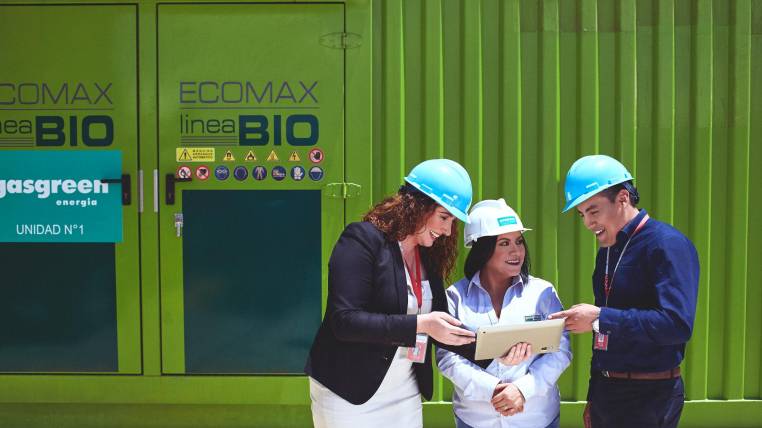 Not only numbers and balances are important. Ecuadorian banking also rises to the trend of betting on sustainable projects, both for its customers and for its employees.

From “green” credits to more inclusive programs for women, they include the initiatives developed by financial entities to promote well-being in people who are interrelated. All these ideas have been recognized by Pacto Global, an instrument of the Nations that has 10 universally accepted principles in four thematic areas: human rights, labor standards, environment and anti-corruption fight.

“Pacto Global” has more than 9,200 participating companies, 2,900 organizations in more than 168 countries. For example, Produbanco has a product called Green Lines that seeks to finance environmental projects that provide benefits to companies, such as reducing costs and reducing environmental risk and greater efficiency. The initiative, says Lorena Salgado, Marketing Manager of Produbanco, was born in 2013. The project was leveraged with a loan from the CAF-Banco de Desarrollo de América Latina.

From August 2016 to August of last year, the entity has delivered $ 33 million in credits of this type. Among the sectors that have benefited most from this credit line, says Salgado, are food, beverages, leather, textiles, chemicals, metalworking and agro-industry. In most cases, loans have been disbursed to SMEs to improve their infrastructure, such as the renovation of machinery to be more efficient.

Banco ProCredit has a sustainable initiative that also involves work within its entity. Katarina Zdraljevic, manager of the Environmental Management Unit, explains that her system was implemented in 2012 and is based on three pillars: internal management, social and environmental risk assessment system, finally, a line of ecological credits. ProCredit seeks to provide loans for initiatives that promote energy efficiency, renewable energy and other environmental measures. The maximum amount of credits, says Zdraljevic, is $ 5 million. In total, the entity has delivered 350 credits representing approximately $ 35 million.

While Banco Guayaquil, in addition to its initiatives such as Banco del Barrio or green credit lines, programs for the welfare of its employees, one of them is the

Me Cuido campaign, which aims to raise awareness among employees regarding health and personal care issues.

While Healthy Goal tries to determine the real health, well-being and nutrition situation of the workers with visual tools such as the My Healthy Goal-IMC card, which is given to each worker enrolled in the program to be fixed to their individual objective. The general manager of Banco Guayaquil, Julio Mackliff, says that the Me Cuido campaign aims to raise awareness among employees regarding health issues in the concept of self-care, in order to increase the healthy population in the institution.

This initiative is linked to the Healthy Coaching program. Through the means a small warning is made during four months to help the employee to reach his healthy goal. Banco Pichincha also has ecological credits. The entity seeks financing for all productive sectors where there is potential for renewable and efficient energy, sustainable construction and green investments, with benefits in rate, term, etc. This bank also has a loan to buy green cars that include hybrids, electric and less polluting. (I)