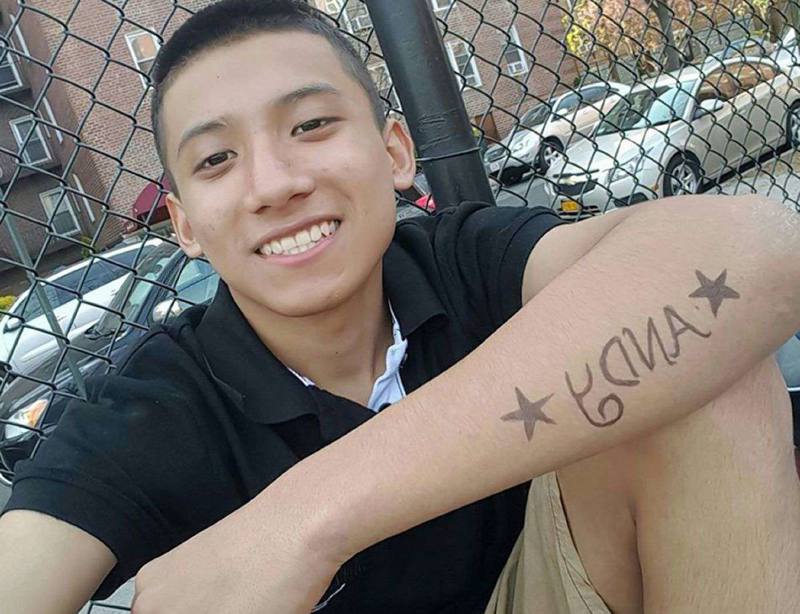 “I ask for justice for the death of my son, but above all, I ask that it be seen by young people, the authorities are neglecting them, if they do not do anything, this is going to get worse over time,” exclaimed Édgar Peralta, the father of the 17-year-old teenager Andy Peralta, whose body was found in Kissena Park, in the Flushing neighborhood of Queens, last Tuesday.

According to the forensic office, the young man died of strangulation and multiple blows to the head. The main hypothesis that is handled is that he would have died at the hands of a gang.

Édgar Peralta and Rosa Jaramillo, Andy’s parents, emigrated from Ecuador 14 years ago and the young man had arrived 3 years ago; I studied at Newtown High School, in Corona, Queens. The native parents of the province of Guayas cry without consolation for the loss of the eldest of their children, who would have turned 18 on May 25.

The father says that his son was killed by gangs because “he probably refused to be recruited.” The young man disappeared on the afternoon of April 23 and his body was found the next day in the Kissena Park.

According to the parent, the schools are full of gangs and asked to clean them up. “It only happens in these neighborhoods of poor people like us, in other places you do not see this,” he insisted. “We are simple people, but we do not deserve this.”

The parents of the young migrant say they feel threatened in Corona, the neighborhood where they settled since they arrived in New York.

“It’s been a week since the murder and we have not had peace. Now we have seen boys with intimidating attitudes pass by the front of the house, “said the mother, who asked the authorities to give them protection.

Activist Walter Sinche said that the neighborhoods of Flushing, Corona, Jackson Heights and Elmhurst are plagued by gangs and that there are several cases of violent deaths that have occurred in recent years.

“Here operate the M13 (Mara Salvatrucha) and Sombras Negras, two fearsome gangs that take advantage of young immigrants who have just arrived. They are afraid if they do not accept to enter their ranks, “he said.

Sinche demanded that the authorities do everything possible to clarify this new crime that hits the immigrant community. He added that there are many cases that are not reported and, as a result, the threats worsen.

“It’s a chain of terror. Many parents do not report because they are undocumented and because of their limited command of English, they do not know where to go, “he added. (I)