Guacho happened to be ‘Pedro’ 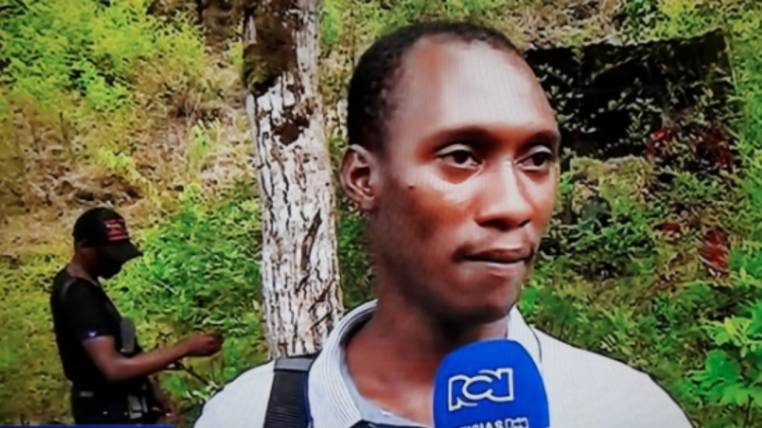 Through a human source it was established that he was behind the attack with grenades and shots to the Mobile Anti-Drug Group (Gema) on November 2 at 17:20 in the sector of La Cadena. And he did not do it alone. According to the part, Guacho communicated permanently with alias ‘Cholo’.

At that time only his pseudonyms were known. The report arrived at the Office of the Prosecutor and on November 7 a preliminary investigation is initiated by an illegal association. An investigative team is formed and orders to monitor, monitor, film, record and other proceedings.

The reason? Guacho and Cholo would be planning to carry out criminal actions with firearms in the coming days in the province of Pichincha. ”

The prosecutor Mariana Lopez asks for a report of the incoming and outgoing calls of the two numbers that the investigated ones used, from August of 2017 to November.

From this information there is a constant flow of communications between both and with other numbers, up to 60 calls. The interception, recordings and listening is expanded by at least 18 more numbers. The details of calls and text messages are searched.

For this work it is known that in the dialogues of Guacho and Cholo the commission for the execution of ‘Colorado’ or ‘Patilludo’ is evident. The task had to be fulfilled on December 5 at 3:00 p.m. in the cemetery of San Lorenzo where the family member of the person who was to be murdered should be buried.

The coordinations were recorded in the wiretaps where the gun, the photo, the bullets, the revolvers are spoken. Cholo contacted a collaborator and asked him if he has the photo of “who snitched about the submarine, I want it because I’m taking care of that”.

The planning remained in that. Members of the Gem and groups of the Mobile Anti-riot Unit (UMO) appeared in the cemetery and thwarted the criminal action.

On January 22 of this year the investigating agent asks that the aliases be changed to keep the investigation reserve. Guacho happens to be ‘Pedro’ and ‘Cholo’ is identified as ‘Juan’

It also extends the range of action of both. In the police reports it is made clear that Pedro and Juan would be carrying out their illicit activities in Esmeraldas, San Lorenzo, Eloy Alfaro and Río Verde. There are new requests for surveillance, monitoring, recordings and filming. Guacho and Cholo are constantly changing numbers. The fan opens to 31 numbers to be monitored.

In a police part, at least four more aliases are determined as part of the criminal organization: ‘Comadre’, ‘Luque’, ‘Wil’, ‘Fiorela’.

The activities of Guacho and his group are the target of the investigations for illicit association in Pichincha and for terrorism in Esmeraldas. Both were merged into organized crime investigated by prosecutor Wilson Toainga after the attack on the San Lorenzo command.

On February 26, the Prosecutor’s Office names the suspects. In the first place appears alias Guacho, an Ecuadorian born in the parish of Limones on September 10, 1992.

With him, nine people are identified. Searches of at least 20 homes are requested between San Lorenzo, Esmeraldas, Guayaquil and other places. The detention of all is ordered.

But Guacho does not appear. The fiscal instruction issued on March 16 after the charges were filed was for five people for organized crime. Their dialogues and the triangulation of calls evidenced involvement with weapons and drugs.

On April 6, Geovanny Pérez, alias ‘Amarillo’, was identified by the police as Guacho’s trusted man. He identified himself as a prosperous merchant selling ice cream. He showed invoices, tax returns, press releases.

The instruction will end in July. The versions will continue this and next week. Between yesterday and today the prosecutor Toainga receives in Bogota the versions of three detainees from the Colombian side for their connection with alias Guacho. (I)

Lawyer of Balda: “They left so many loose ends that cannot be saved”