The insecurity that exists in Guayaquil generates extra items in fun. Event organizers now include in their proformas the hiring of private guardianship, particularly to take care of the guests’ vehicles and thus prevent them from going through bad experiences. 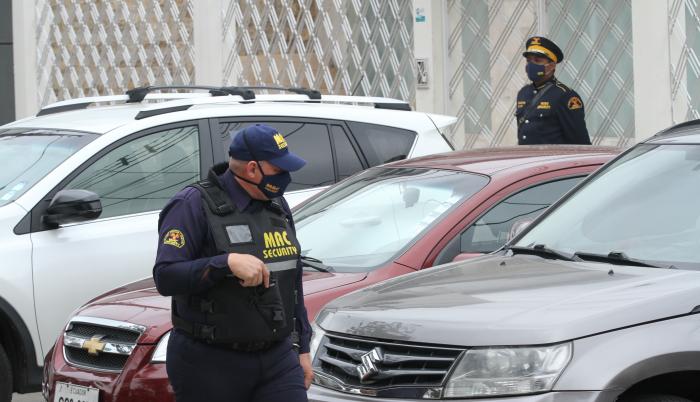 While the meeting or event is taking place, a guard patrols the car park.

The contracts of orderlies for parties have increased by 30% this year, in relation to 2019 in which the celebrations were normal and without COVID-19, Jorge Villacreces, president of the Private Security Chamber of Ecuador, told Diario EXPRESO.

And it is that parking and security are the biggest concerns that guests have when attending a social event. Between January and August of this 2021, car theft increased by 58.1%, in relation to 2020 during the same period. From 2,676 it went to 4,231 stolen vehicles.

According to figures from the National Police, an average of 7 cars were stolen daily in Guayaquil, in seven months. Although the statistics do not detail how many of those were stolen at parties or meetings, what citizens want is to prevent these thefts. “These days it is better to be cautious, now when I organize a party, I hire a custodian to watch over the cars of my guests,” said citizen Débora Mora.

In the face of assaults in shopping centers, stores, restaurants and even on the Malecón, citizens seek private or National Police protection. “At the party, the guards are now as vital as the food,” highlights Xavier Zavala, director of AsoPlanners, a group that organizes events.

The businessman commented that weeks ago he was part of the staging of a wedding in Villamil Playas and, to take care of the cars, the couple hired six private agents.

“In addition, we always inform the Community Police Unit (UPC) that is closer to the event, and for this we appreciate that a patrol car always goes out to walk around while the celebration unfolds. Even when it is on the beach, we even notify the National Army, so that they can take care of it from the water, “added Zavala.

The trend was also ratified by John Garaycoa, president of Mac Security and member of the National Association of Comprehensive Security Companies. He ensures that custodians are not only hired for parties, but also for the exterior of the church, for the ecclesiastical wedding. Everything, to avoid the theft of vehicles while the religious event is taking place.

The value is the same that is charged to a company, but for one day of work. The cost of one guard per month is $ 3,200. Dividing this figure for 30 days results in $ 106.66, which would be the amount the party hosts are paying for hiring a sentry.

“Usually, they hire two with weapons and a car to go around. For the following weeks I have a contract for a wedding on the way to the coast”, said Villacreces.

The experts consulted pointed out that before this increase in insecurity occurred in Guayaquil, having a guard at a party was an option, not now.

“If the host of the celebration does not take into account the level of insecurity that exists, we do it, because the success of the party ensures us new contracts as ‘wedding planner’ (in charge of planning); And the least we want is for our reputation as an event organizer to be damaged by not foreseeing the dangers that exist now. Up to this date the celebrations have gone smoothly”, said Zavala.

But, in general, citizens are fearful of the insecurity that exists in Guayaquil and other cities in the country. On November 4, EXPRESO published about the increase in anxiety generated by the situation, which influences everything. A survey carried out by this newspaper, to 74 people in Guayaquil, all indicated that they would hire a guard to take care of the cars of their guests.

THE POLYGRAPH, A SERVICE FOR THE HOUSE

The use of the polygraph, which is a lie detector, was previously more required by companies; but now they require it more from homes to hire a gardener, a driver, a nanny, etc. The increase in contracts for homes is 20%, according to the Private Security Chamber of Ecuador. Of one hundred percent of those analyzed, 40% had ties to a criminal.

Ecuador grants ‘violet’ visa to Afghan citizens. These are the requirements