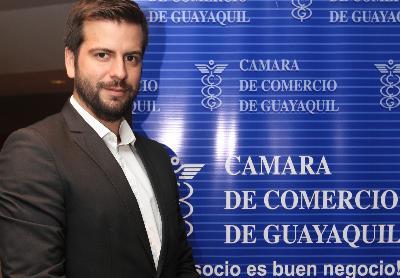 Pablo Arosemena is the new head of the Chamber of Commerce of Guayaquil (CCG). His triumph was because there was only one contest list in which he was the only candidate.

The election day was yesterday and only 4000 members were enabled to defray, however, Arosemena, economist, 35, won with 381 votes.

According to Eduardo Peña, outgoing President, there was no other candidate besides Arosemena, who has worked in the institution for 8 years.

Moreover, the new holder owns two companies in Guayaquil: Micromegas, which represents the fast-food chain Subway in Ecuador and a consultant: Strategic Intelligence.

Arosemena said that during his term he will strengthen the communication bridges between the union and the public sector.