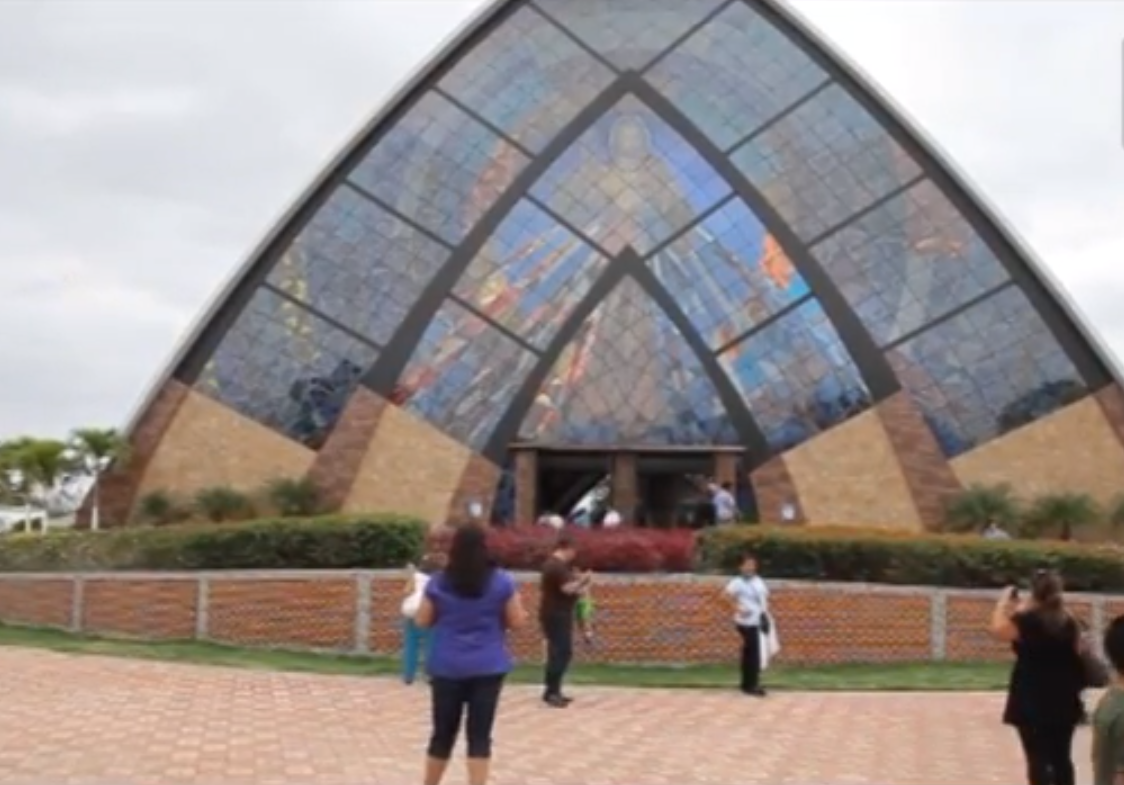 The Archdiocese of Guayaquil city estimates that there are more than 2.7 million Catholics and there are about 240 churches in all parishes, most of which are being restored; infrastructure improvements within the Urban Regeneration program by the City Hall and Siglo XXI Foundation.

New churches are also built, like in the km 26 on the way to the Coast, where stands an imposing sanctuary of the Lord of Divine Mercy, a building of 2,400 m2 in a complex of 110,000 m2. This sanctuary, the second largest in the city, after the Cathedral, may receive a 2,200 believers. In its front stands a stained glass majestuoso  of 288 m2, designed by artist Jorge Luis Narey.

Eduardo Romero of the Divine Mercy Association, said that the construction has been done on the basis of collections, donations, raffles, and bingos. This temple is one of three planned to be built. The other two, still under funding by devotees, are the St. Mary Mother of Guayaquil in stage II, and the Divine Child Jesus, in the fourth stage of Mucho Lote, in the north.

Other improvements are reflected in the Cathedral of Guayaquil, which has twenty LED screens projecting masses allowing viewers to see the altar when the church is full of people.

After being demolished, the church of the Ascension of the Lord Bell, founded over 40 years ago at the foot of the Salado creek, in the western suburb of Guayaquil, was raised with a new reinforced concrete building and new sewage networks , floor and lighting.

Also, the churches of San Agustín, San Francisco and San Alejo, all in downtown, were subjected to a process of improvement. They were painted and restored, maintaining its colonial style.

In the church of San Ignacio de Padua in Urdesa, was installed an elevator, that cost $ 140,000, for senior citizens, pregnant women, the disabled and patients seeking comfort at the church and  avoid climbing 42 steps .

In the church of San Ignacio de Padua in Urdesa, wew installed an elevator, that cost $ 140,000, for senior citizens, pregnant women, the disabled and patients seeking comfort from the church and a healing miracle avoid climbing 42 steps.