The Guayaquil Port Terminal (TPG) plans to invest $20.9 million in the purchase of seven state-of-the-art cranes. 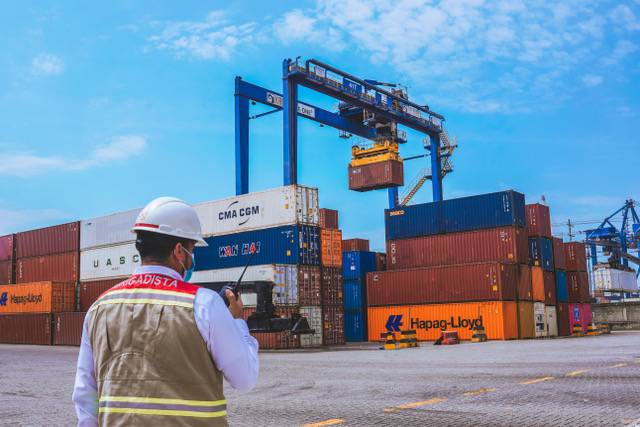 According to the terminal, between April and May 2022, three cranes are expected to arrive, one of them will be the super post-Panamax, which will have a horizontal reach over the ship of 65 meters (reaching up to row 23 of containers) and with a capacity of 75 tons.

In December, however, four rubber-tyred gantry cranes (better known as RTGs) will arrive.

TPG also indicated that it will continue with the integral process automation plan, among which include more technology, such as facial recognition biometric systems, online billing services and real-time information consultation for all users, among others.

Luis Enrique Navas, manager of TPG, pointed out that it is important to invest in port infrastructure to efficiently meet the demand that exists due to the increase in the country’s exports and imports, especially because the dynamics of world trade does not stop.

Regarding the results obtained during 2021, the head of TPG highlighted that 542,000 containers (20 and 40 feet) were mobilized through the port terminal. The figure reached, he points out, marked a milestone since it was the year with the highest cargo movement in the history of the terminal.

Among the main products exported from TPG are bananas, shrimp, wood, canned fish, minerals and cocoa, which were transported to China, Chile, India, Japan, Argentina, the United States, among others.

Regarding products received, about 62% of imports were chemicals, resins, paper and derivatives, electronic equipment, various merchandise, metals and vehicle parts. (I)