Mesías Tatamuez, president of the Ecuadorian Confederation of Class Organizations, said the objective of the protests is to defend the rights of workers and reject the points that, he considers, affect workers on the draft of the Labour Code, delivered on last May 1 by the Minister for Employment Relations, Carlos Marx Carrasco, to the Assembly.

They will also reject the constitutional amendments that aim to include public sector workers in the Public Service Law (Losep for its Spanish acronym).

The unionized workers in the National Parliament will not participate in the march. 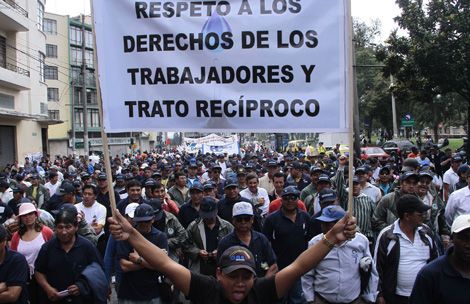 Putin supports peace talks between Colombia and the FARC