During the conversation, Lasso asked President Rajoy to support the Ecuadorian government in trade negotiations with the European Union and they exchanged views on the political and economic situations, both in Spain and Ecuador.

For his part, Rajoy shared his experiences about the economic recovery, which were praised by Lasso. “I appreciate the spirit of leaders who can hold the helm with steady hand, without letting themselves to be pressured by the vagaries of public opinion. Now Spain is seeing the fruits of that talent,” Lasso said.

The Ecuadorian opposition will continue to visit other countries as part of his campaign tour for strengthening bilateral relations with various world leaders. 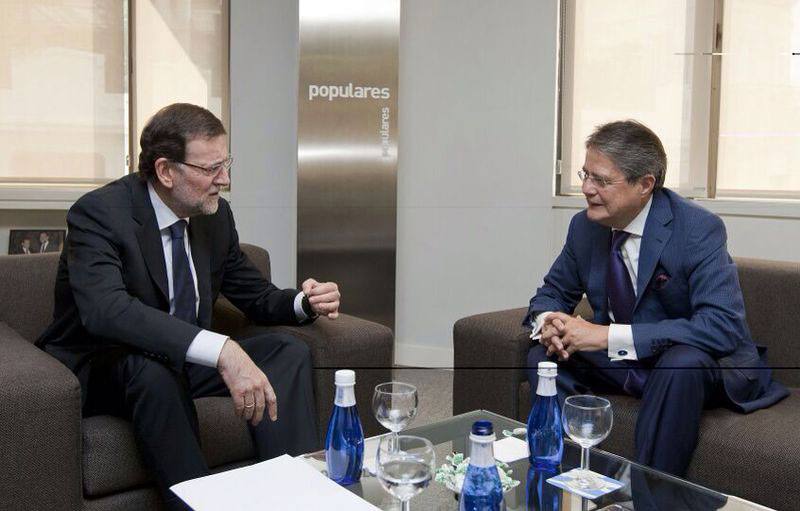