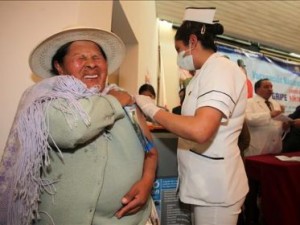 A 39-year-old woman from the province of Imbabura, Ecuador, died yesterday due to the H1N1 virus.

According to ECTV, public television channel, the woman died when she arrived to the medical center with respiratory complications.

This becomes the ninth death caused by H1N1 in the country. Since the beginning of winter, in November 2010, 126 people have been infected by the virus. Juan Moreira, director of epidemiology at the Health Ministry, said that the spread of the virus is in a normal range.