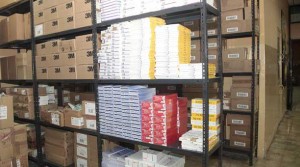 The constitutional judges of the Court of Justice of Guayas resolved to deny the application for habeas corpus filed by the lawyers of five prosecuted bydrugs theft in the Teodoro Maldonado Carbo hospital, of the IESS. Once ratified the sentence, relatives of the accused assured they will appear beforePresident Rafael Correa in the next weekly address asking for justice.

The appointment started at 14:00 yesterday at the hearing room number 109. The first to initiate his defense was Hernán Ulloa, lawyer of Tanya M. He described as “arbitrary” the arrest of his client, because they only based on evidence items, according to the Comprehensive Criminal Code, furthermore, those involved must be notified 72 hours before the establishment of the indictments hearing.

Clemente Pérez, one of the defense lawyers, said that what should be judged is a computer crime, since the five defendants managed the access passwords to pharmacies and cellars and these could be subject to usurpation. The five defenders in their pronouncements, said that others should be blamed, including heads and directors of IESS.

Before ruling the refusal to habeas corpus, the judges noted that the procedural records lacked constitutionality, however, they considered appropriate the continuity of deprivation of freedom of the five defendants until Prosecution investigations culminate.