The La Clementina farm, located in the La Unión parish, in the province of Los Ríos, continues to be paralyzed, after last August 10 a group of workers started a strike to demand job improvements and in rejection of the alleged lack of payment from the company to the Ecuadorian Social Security Institute (IESS), to the decrease in their salaries and other complaints. 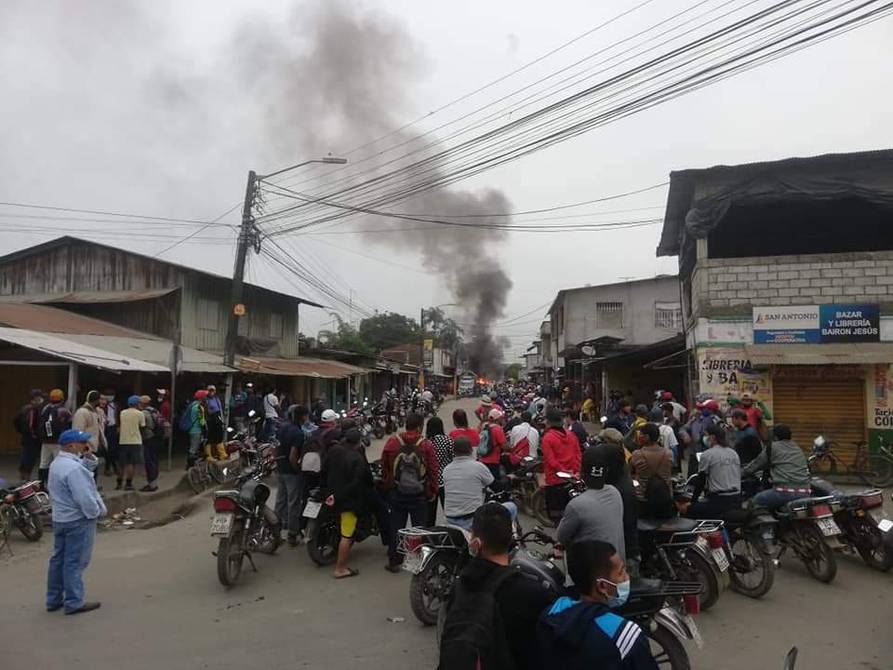 More than 20 days after the measure, the board of the La Clementina Production and Marketing Cooperative (Cooproclem) issued a statement on the current situation of the farm. He assured that he keeps up to date in the payment of the workers, although they point out that this status corresponds “until when the strike of a group of citizens began more than three weeks ago.”

The 11,500-hectare estate was seized in May 2013 by the Internal Revenue Service (SRI) from businessman Álvaro Noboa for an alleged 2005 income tax debt of around $ 95 million; and in December of that year the adjudication of the property to Cooproclem workers was legalized before a notary, created in November 2013 to implement a loan in the National Finance Corporation (CFN), through which they acquired the property.

Regarding this loan, of $ 79 million disbursed in 2014 by the CFN, the management of the farm assured that they are up to date with the payments. Carlos Andrade and Miguel Flores, CEO and president of Cooproclem respectively, indicated that since 2014 the cooperative has paid a total of $ 33.3 million to the CFN: $ 5.5 million in capital and $ 27.9 million in interest .

The loan has been restructured on two occasions: once, after making the first payment to capital; and another, when 800 hectares of bananas were flooded in 2019, as a result of the severe winter that hit the province of Los Ríos.

“The restructurings at no time implied forgiveness of payments. The CFN has always been paid correspondingly ”, assured the managers, who, however, warned that the stoppage of their workers puts their payments at risk, due to the lack of production.

“We have been paralyzed for more than three weeks. A group of citizens with weapons blocked the entrance to the hacienda on August 10. This prevents us from having access to our jobs, or to field work such as fumigation, irrigation and harvesting, which affects the quality of the banana, its production and the income of the farm that employs 1,800 workers ”, said the directive of the hacienda in a statement.

In this regard, it was indicated that the complaints were presented to the authorities, although so far the eviction has not been carried out. (I)
https://www.eluniverso.com/noticias/economia/hacienda-la-clementina-cumplio-tres-semanas-paralizada-sin-income-y-con-el-risgo-de-perder-su-produccion -note/