Hague Court rejects recusal of Ecuador to fight with Chevron 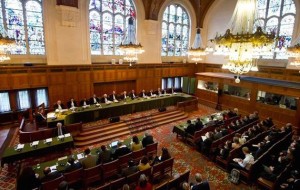 The Office of Ecuador said that the Permanent Court of Arbitration at The Hague denied the request for recusal that Ecuador raised against referees on the process initiated by Chevron, followed after the millionaire environmental lawsuit  who lost in the country.

The agency released a statement on the refusal of the court to challenge the three arbitrators – two English and one Argentine, considering that they “were not acting impartially, fairly and equitably.”

“This decision will not limit the rights of Ecuador to seek annulment of the award or awards to be issued in this proceeding, rights on which the defense of the State makes expressly reserve,” was said.

PSP did not receive forms for popular consultation process