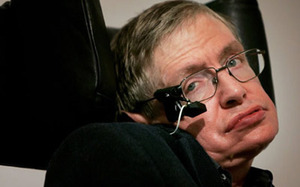 After a conference held yesterday at the Science Museum in London, the British scientist, Stephen Hawking, recognized to be disappointed by the discovery of the Higgs boson.

Hawking, internationally recognized by the prediction that black holes emit radiation, considered that “Physics could be much more interesting if this particle has not been discovered”.

The discovery of the particle of Higgs, who was driven by the British physicist Peter Higgs, is according to experts the greatest discovery in the history of the understanding of nature, because it allows to know what occurred immediately after the “Big Bang” that gave birth to the universe.

The responsible for research in the Department of applied mathematics of the University of Cambridge, who suffers from severe physical problems by muscular atrophy, yesterday gave a lecture for the opening of an exhibition at the Science Museum in London about  the  European Laboratory of Physics of Particles, CERN, and the discovery of the Higgs boson.