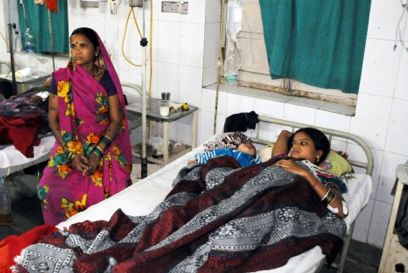 The Indian police arrested the director of a pharmaceutical company and his son, suspected of having destroyed evidence concerning the death of 13 women after being sterilized, announced a police official this Friday.

Researchers want to check the quality of drugs administered to women after they underwent surgery on Saturday in the Chhattisgarh state, in the center of the country.

R. K. Gupta, the surgeon who that day performed the surgey of 83 women in five hours, was arrested on Wednesday.

“Ramesh Mahawar, Director of Mahawar Pharma, and his son were arrested,” said Om Prakash Pal to AFP, adding that they had tried to destroy evidence.

The two men were arrested after health authorities register on Thursday night the company headquarters in the state capital, Raipur, said the police.

“They will be interrogated to determine the quality of manufactured drugs,” he said, adding that they will be brought to justice.

Protests in Mexico over missing students are resumed