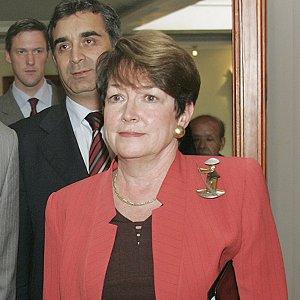 This morning the U.S. ambassador in Ecuador, Heather Hodges, left the country because of Wikileaks cable that originated a diplomatic crisis that led the expulsion of the ambassador in both countries last week.

According to a press spokeswoman for the embassy, Marta Youth, the flight departed at 09h40 local time (14h30 GMT) to Miami.

Before boarding the plane, Hodges told the press: “I ​​love so much to this country, I’ve done much here in this country, and it has been a tremendous honor to represent the United States here and my president Barack Obama in Ecuador.”

She add “this is a country of an incredible beauty, with some amazing birds and people who want to work, Ecuadorian people want to do their best and want to improve their future.”