The Climate Summit ( COP 25 ) held in Madrid since last December 2 , was attended by a young Ecuadorian who, with a vindictive speech in search of improvements for the planet Earth, managed to attract the eyes of international media, which They did not delay in echoing their message. 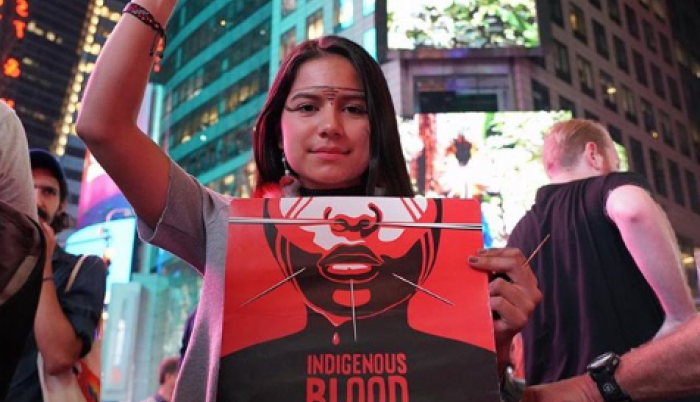 Her name is Helena Siren Gualinga , an Amazonian teenager who with 17 years of age maintains a long career as an activist. The young woman belongs to the Sarayaku indigenous community of Pastaza province, but has also lived in the Finnish towns of Pargas and Turku .

This is due to the origin of his father, Anders Siren , a Finnish professor in the Department of Geography and Geology at the University of Turku , who married Noemí Gualinga , mother of Helena and former president of the Kiwcha Women’s Association .

Helena, who has been one of the voices of the collective ‘ youth against climate change ‘, studies at the Turku Cathedral School and speaks Spanish, English, Swedish, Kiwcha and a little Finnish, according to Yle , a public medium from Finland

His story is preceded by women who have fought for the right to protect the environment, such as his aunt Patricia Gualinga or his great-aunt Cristina Gualinga . Sample of his pride towards this heritage, he reflects it in his social networks where on Instagram , for example, he describes himself as ‘daughter of the first uprising’.

“Governments continue to concession our territories without our consent to the extractive industries that are creating climate change . This should be criminal ”, was one of the opinions expressed by Gualinga and that silence to the public of COP25 during its realization in the Spanish capital.