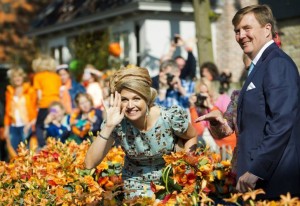 Willem Alexander is the first king of Holland from 1885

Last Saturday, Holland dressed in orange, its official color, to celebrate the King´s Day, a national holiday that replaces the traditional Queen’s Day, in honor of the newly monarch Willem Alexander, the first man to preside over the House of Orange from August 31, 1885, when the holiday was celebrated for the first time following the birth of Queen Wilhemina.

On the streets, parks and canals of Amsterdam, the locals celebrated the biggest street party of the year, which lasted until the early hours of Sunday. The vrijmarkt or better known as free market, spread throughout the city. Live music gave the National Party a carnival atmosphere.

Michael Schumacher comes out of coma