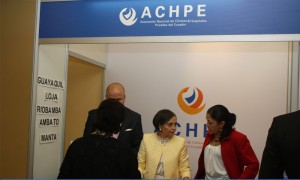 The National Association of Private Clinics and Hospitals of Ecuador (Achpe for its acronym in Spanish), announced yesterday the inability to continue working with the National Health System, due to “a great delay in the payment process by the Ecuadorian Institute of Social Security and the Ministry of Public Health.”

Ana Cedeño Delgado, Executive Director of the Achpe said that the delay has complicated associated clinics and hospitals “financial and structurally, at the point of facing a severe economic crisis that does not allow them to pay inputs and medicines suppliers or medical professionals involved in the care of the referred patients,” she said .

The report notes that “if there is not a promptly and favorably solution for the current situation,  we ask the people to understand the constraints that force us to not be able to provide attention to the patients that the Public Health System refers to us and whom they are obligated and willing to serve ” .

A report by the Achpe, which was presented in 2009 to the Superintendency of Banks, said that insurers owed over a million dollars until December 31, 2008 to private hospitals for medical services from the Compulsory Accident Insurance (SOAT).