Hoteliers refuse to use yellow cabs 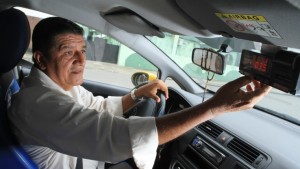 Hoteliers broke their deals with the ATM (Municipal Transit Agency) because of the taxi drivers. The ATM was demanding hoteliers to refer and use only yellow cabs and dispense fleet of executive vehicles to the tourists. “We refuse to continue using yellow cabs” claimed the president of the National Federation of Provincial Chambers of Tourism, Holbach Muñetón.

“Cab drivers do not meet with what the law states or with the commitments made to the hotel and tourism guild,” added the representative of the sector, after reporting seven irregularities from the yellow cabs.

“From the lack of respect to tariffs and non-use of the taximeter to the poor conditions of dirty units. Sometimes there is not even an amicable treatment to the user, there is disrespectful language and refusal to turn on the air conditioner”. (I)

Correa says that “these riots are seeking a death”