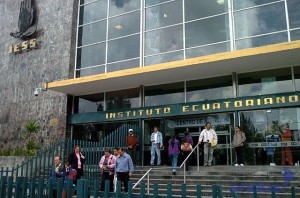 The Ecuadorian Institute of Social Security (IESS for its Spanish acronym) has already designed the table of contributions for housewives who will access to the pension benefit. The draft project provides that pensions are financed from the state and housewife contributions.

The IESS established four input ranges. A person who performs an unpaid household work, categorized as subsistence (households receiving the Human Development Bond), should contribute with USD 2, while the government will contribute with USD 9.2. The monthly pension that this person will receive would be $ 77.

The state does not contribute in the case of housewives of high-income families, ranging from USD 544. In this case, the contribution shall be fully borne by the beneficiary and reaches $ 45.

As the input rises, the amount of the pension also raises, ranging from USD 77 to 213.

The President of the Board of IESS, Victor Hugo Villacres, defended the proposal stating that it is based on technical and actuarial studies.

Furthermore, he explained that membership will be gradual and voluntary. The initial goal would be to attract 400,000 people performing unpaid work and receiving the BDH (Human Development Bond for its Spanish acronym). These beneficiaries must contribute for 20 years to start collecting the pension.