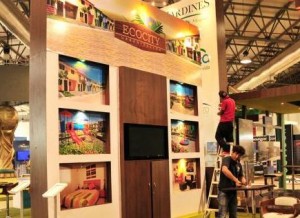 The latest edition of the Habitat Housing Fair concluded yesterday in Guayaquil after six days of exhibition where about 100 development projects were exposed to the public.

About 50 showed residential real estate promoters sets, which ranged from $ 25,000 to 100,000. Notably, at least 90% of the offers are projects that already began constructions and already have stages delivered.

New big city, mega project of the Spanish developer Promaga, located in Durán-Boliche via, to date has built 60 homes and intends to build about 10,000 homes.

According to the Municipality of Guayaquil, in 2013 nine authorizations were handed to initiate Works of Urban Development. While in the first three months of the year the municipality gave seven of these permissions.

Silvio Berlusconi will serve a year at a nursing facility