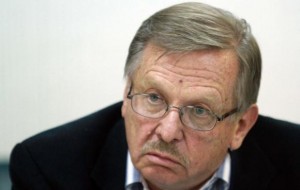 According to Jaime Mantilla, Director General of daily Hoy, “(The media) is in a process of capital increase of $ 4.6 million to $ 7 million and $ 9 million, authorized,” explained yesterday in an interview with Radio Centro.

The manager responded in this way due to criticism from the Superintendence of Communications and the Secretary of Communication (SECOM) who accuse him of undertake an “wrong administrative management”, leading him to suspend theprint edition after 32 years of existence.

“The discontinue of the print schools texts we were doing since 17 years ago and the advertising boycott undermined the financial capacity of the newspaper. That was compensated with only two elements: or we are more capitalized or we sell in other ways,” he added.

Last Monday, in an official statement, the President of the Inter American Press Association (IAPA) Elizabeth Ballantine, recalled it was warned of the “dangerousness” of the Communications Law for being “interventionist regarding freedom of the press”.