IESS paid for ‘ghost calls,” according to Comptroller General 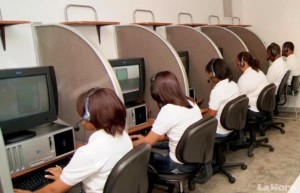 A report by the Comptroller´s office notes that the Ecuadorian Institute of Social Security (IESS) paid the Recapt company, which is responsible for scheduling medical appointments by telephone, $ 4.6 million for “ghost calls.”