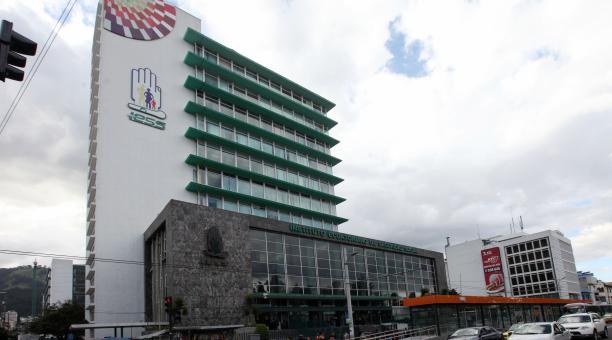 Once again, the Ecuadorian Social Security Institute (IESS) will use its savings this year to cover expenses, as stated in the 2018 budget, approved on December 28. In total, the entity will divest USD 2 025.5 million out of four of its funds. Of that amount, USD 1 669.6 million will be taken from a single fund: the one of Disability, Old Age and Death, to cover expenses of pension benefits and funeral assistance. The rest will be to cover expenses for health and other benefits.

This year, the disbursements for benefits amount to USD 4 011 million, while the income from contributions of Social Security affiliates will barely reach USD 2 138.8 million, so the entity must cover the financial gap with the savings of the pension fund, which until July last year reached USD 8 407 million. At least two factors explain this situation, according to experts, employers and retirees.

“This was already known to happen and proves that the IESS would present an annual operating deficit, which would be covered by disinvesting what it had already managed to save and which is the basis that guarantees tomorrow’s pensions. This is serious and should be repealed, “said Omar Serrano, former member of the Banco del Instituto Ecuatoriano del Seguro Social (Biess).

The employers agree with this criterion. “Diverting is an unethical and anti-technical measure. They are playing with the future of the savings of the Insurance, “said Patricio Alarcón, president of the Federation of Chambers of Commerce of Ecuador. However, he clarified that it is difficult to return to the previous contribution percentages, since the health fund is “underfinanced”.

The impact that this measure could generate was noticed by the International Labor Organization (ILO),

in September of 2017, in a preliminary report in which it warned about the financial sustainability of the insurance funds. A second factor was the change to the contribution made by the State for the payment of pensions in 2015. The Law on Labor Justice and Recognition of Unpaid Household Labor, which entered into force in April of that year, eliminated the fixed contribution of the 40% that the State made for the payment of pensions.

The rule only indicates that the Treasury will guarantee pensions “when necessary”, without specifying when or in what form. This year the contribution will barely reach USD 153.7 million. Before the legal reform, the state contributions to Social Security exceeded USD 1 billion annually. Serrano believes that all these measures further complicate the medium-term situation of the pension fund and will inevitably make decisions to balance the deficit.

For pensioners and the elderly, the rate of disinvestment of Biess savings shows that Social Security is not being managed in a technical and professional manner.

“The same mistakes are being made since 2015,” said Édison Lima, president of the Assembly of organizations of retirees, pensioners and seniors of the IESS. The representative of the pensioners considers that the Budget does not observe the provisions of the Social Security Law, article 371 of the Constitution or international norms. Among other reasons, the contribution of 40% of the State is not present. Article 371 of the Constitution establishes: “State resources destined for compulsory universal insurance shall be included in the General State Budget each year and shall be transferred in a timely manner”.

According to the ex-Social Security Minister, Carmen Corral, the most serious damage will be to new generations of members, because the fund could run out and there will be no resources for their pensions. As immediate solutions, Corral believes that Resolution No. C.D. 501 should be repealed, which changed the contribution rates. In addition, provide financing to the health fund -in which there will also be a disinvestment of USD 294.9 million- and that the State cancel the IESS debt of USD 2.9 billion for medical services.

The president of the Chamber of Commerce of Quito stressed that an actuarial reference should be made of all the funds and an external audit of the Biess to know in what the funds have been used. “The State can ot use the IESS again as its petty cash”.

According to Rodrigo Ibarra, executive chairman of actuarial consultancy Actuaria, the simplest measure, although difficult to apply due to the situation of the fiscal fund, is to restore the 40% state report or the percentage defined by actuarial studies. He added other options to increase income: increase in the contribution rate, increase in retirement requirements and increase the period of contribution salaries that is considered to determine the pension. Otherwise, the assets of the pension fund are consumed in six years.

“The assets of the pension fund that was USD 9 247 million in 2016, fell to USD 7 773 million in 2017, estimating that it was consumed in its entirety in the year 2023.” This newspaper requested an interview on December 29 with the president of IESS, Jaime Garzón.

He also sent a problem last Friday, but there was no response. The entity, however, has held the last elections based on actuarial studies and does not affect sustainability of IESS. (I)