Management in the public company Yachay was not only negligent, but bordered on criminality . This was established by the Comptroller. In March he sent two reports to the Attorney General’s Office with indications of criminal responsibility for financial and administrative management. 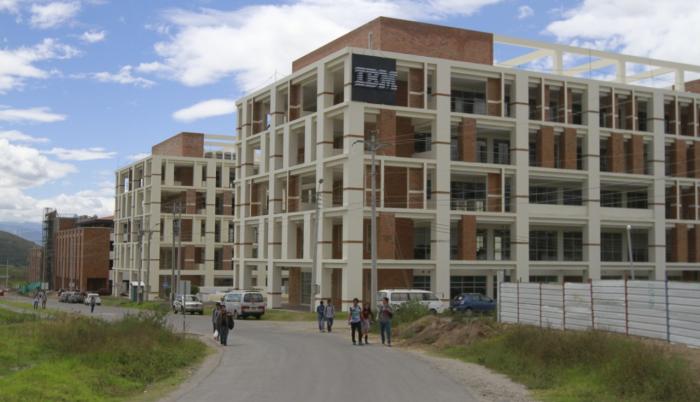 For the Comptroller, in the administration from 2018 to 2021 there were directed hiring.

The cases are ongoing and point to possible influence peddling, embezzlement and document falsification , acts that occurred between September 2017 and May 2020, in the government of Lenín Moreno.

The Comptroller indicates a series of irregular acts that caused damage to the State. Among these, 25 long-lived goods, such as desks, computers, chairs, etc., disappeared , without being recovered so far. They were valued at $1.3 million.

In particular, the audit reviews the hiring processes and the flaws they had, which allowed companies to be chosen that had no experience or were prevented from being hired.

This occurred in the purchase of protective clothing for the workers of Yachay EP. The contract was for $41,054, through the electronic reverse auction process.

As occurs in other areas such as health, the bids end up being fixed, since only a few bidders are allowed to participate. In this case, what happened was that two companies were allowed to bid, asking for 15 years of experience in similar contracts.

The company that achieved the award presented two invoices as experience . The auditors reviewed the documentation and found that it was false , since it never had any sales.

A second contract, for $2,600, was for the organization of a legal forum with the Runachay Study and Training Center . In this case, it was discovered that Diliana Domínguez Bastardo, former manager of Scientific Education, Science and Technology of Yachay, and the study center had a relationship.

“Through the information from the Superintendency of Companies, it was shown that the manager of Scientific Education, Science and Technology, who approved the need and requested the hiring, acted as a shareholder of the Runachay Study and Training Center,” the report indicates. Other Yachay teachers , of Venezuelan nationality, were also shareholders in the private center .

This newspaper tried to contact, but it was not possible. To the Comptroller’s Office, the former official said that, despite being a partner, she “at no time was a personal benefit or for the company interposed.” The entity indicated that this was prohibited.

Added to these facts are contracts for construction materials for $7,500 that were never occupied. Income from self-management, for leases and student residences, which add up to $5,569, and which were not deposited in the accounts. Books valued at $1.2 million , but when reviewed their cost was only $151,000. Another $31,100 for rentals without justification and another $986,464 for the sale of laboratory equipment , but they were never collected.

In the Prosecutor’s Office, since 2018, a complaint for possible embezzlement in Yachay has not advanced. In previous years, the Comptroller’s Office has already glossed former managers of the public company with fines of $31 million. Former officials have said that Yachay’s problem was the budget cut and not his mismanagement. Currently there are works such as the electrical system that have not been completed for five years. In addition, there are half-finished buildings and scholarships without complete information.