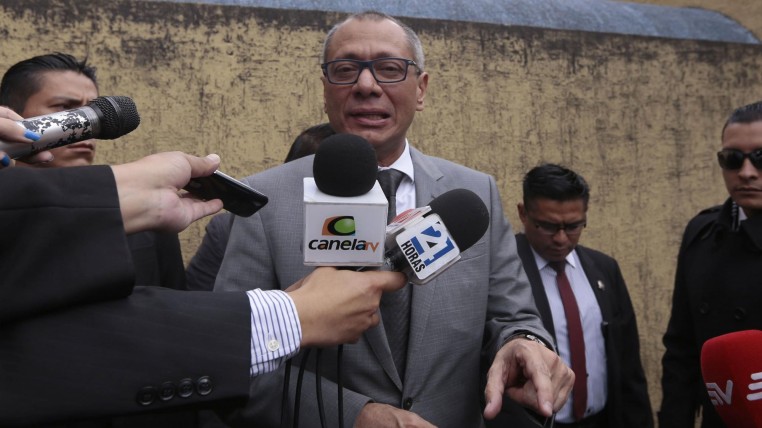 On the decision taken by prosecutor Diana Salazar to link Vice President Jorge Glas in this case, his lawyer, Franco Loor, said that “the media lynching influenced judicial decisions.” Loor added that to have a correct resolution in this case, “the state of opinion should be left aside to make way for the rule of law.”

The crime of illicit association, as stipulated in the penal code, is based on an agreement between two or more persons to commit an offense. According to criminal lawyer Gustavo Medina, this is a crime that, to be proven, should be linked to other final crimes, such as bribery, concussion, illicit enrichment, embezzlement and money laundering.

These crimes, according to Medina, should appear in the preliminary inquiry. “At the end of the 30 days, the Prosecutor will have two options: whether to issue an accusatory or abstaining order to initiate the criminal trial.”

Within a process, the prosecutor presents his opinion, and the judge decides whether or not to accept it. The jurist added that if the Vice-President were found guilty, the maximum penalty would be five years.

However, because it is a crime that is neither autonomous nor independent, “the penalties for each offense would accumulate up to a maximum of 40 years.” (I)