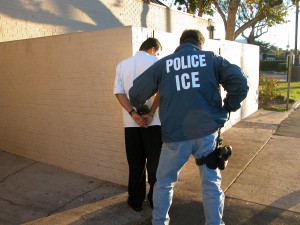 The immigration authorities of United States detained close to 100 foreigners, most of them were Latin Americans who had fulfilled a sentence for violent crimes, sexual felonies and drug traffic.

From the total apprehended, 79 belonged to different countries of Latin America: 35 from Mexico, 10 from Guatemala and Nicaragua, six from El Salvador, four from Honduras and Republica Dominicana, three from Colombian, two from Argentina and Panama, and one from Ecuador, Peru and Venezuela.

The delinquents remain at a prison south of Florida, waiting to be extradited to their countries. The operative of five days from the Immigration and Customs Enforcement (ICE) ended last Friday with 93 arrests in the state of Florida.