Rice with lentil stew, lentil moro and other dishes that include this legume have become typical and inevitable on the table of Ecuadorians and in restaurants. But did you know that this important ingredient is produced very little in the country and what is consumed in the domestic market and what Ecuadorian companies export already processed are brought from other countries as raw material? 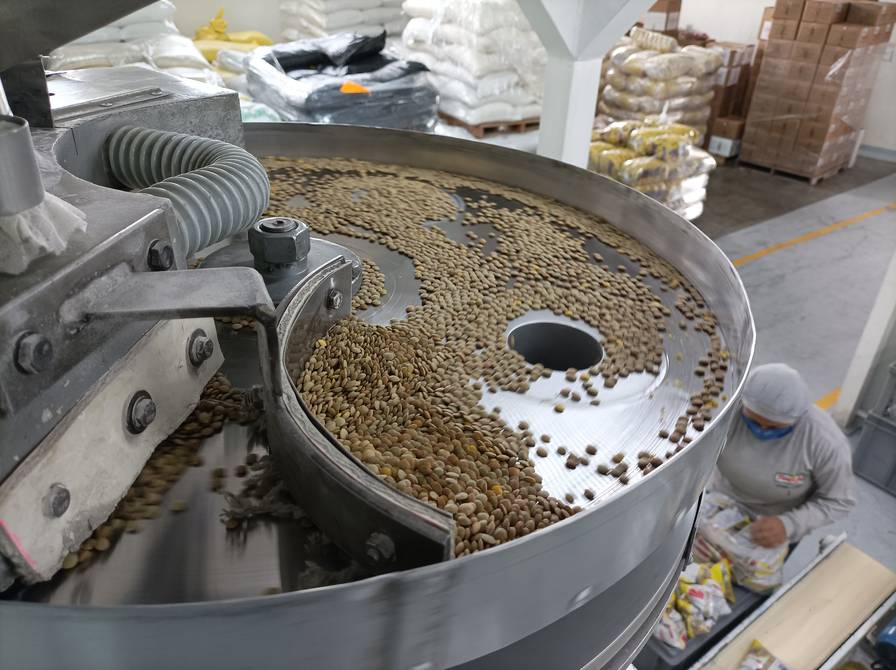 Ecuadorian companies, such as Mascorona, import dried lentils from Canada and export them to other destinations after semi-processing and processing them.

According to figures from the Ministry of Agriculture and Livestock (MAG), the country imported 30,585 tons (t) of lentils last year, mostly from Canada (29,421 t) and the United States (564 t).

Meanwhile, so far this year, from January to May, 7,101 tons have been imported. Canada continues to be the main supplier with 6,295 tons, followed by the United States with 671 tons, and Russia also joined with 135 tons.

Meanwhile, the production of lentils is very marginal in the country. EL UNIVERSO newspaper consulted the MAG about this item. The State portfolio, based on figures from the National Institute of Statistics and Censuses (INEC) derived from Espac, the main source of official information on the agricultural sector, with a sampling frame adopted in accordance with the Organization’s recommendations. of the United Nations for Food and Agriculture (FAO, for its acronym in English), pointed out that in 2020 the production only reached 82 tons , 17 tons produced in the province of Bolívar and 66 tons in Chimborazo.

However, the entity warned that the figures are taken as reference.

“The information on this crop is not published by the INEC because the data is obtained through a sample survey and the errors associated with the estimates of unpublished crops can be very high and some are losing their level of representativeness. , so the data provided is not official but referential, “said MAG.

However, from the private sector they confirm the low productivity of the country. José Esteban Galarza, manager of Mascorona , a company that imports lentils from Canada, assured that no lentils are produced in Ecuador and that 100% are imported.

However, despite the fact that almost 100% of the lentils in Ecuador are imported, this has not been an obstacle for it to be taken as raw material and exported from the country to other destinations such as Chile, said Galarza, who sends this product from 2020 to this market.

“We import from Canada as raw material, such as dry lentils, we already semi-process or process them, and export under our brands to other countries,” explained Galarza, who projects an estimated growth of 100%.

But, what do these semi-processes or processes consist of? Mascorona’s manager pointed out that semi-processing means that the product goes through a selection and classification process to be packed in lighter weight presentations and be marketed on the hangers of retail chains or delivered to large distributors, so that its strength of sales commercialize it directly to the final consumer or be delivered to the retailer.

He added that the processed lentil is when the product has already undergone a modification due to cooking, dehydration, etc., industrial or combined with other inputs to obtain another product. An example of this is Rapilunch de menestra, a Mascorona product, under its Orgranik brand.