Imports went down due to Resolution 116 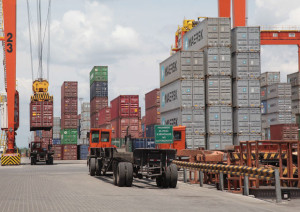 Following the implementation of Resolution 116, issued by the Committee of Foreign Trade (Comex for its Spanish acronym), the country has managed to reduce its imports

This standard establishes control of imports and the obligation to submit a quality certificate of recognition delivered by the Ecuadorian Standardization Institute (INEN for its Spanish acronym).

Ramiro González, Minister of Industry, said that since the implementation of this resolution, USD 290 million have been achieved to replace and they aim to reach USD 100 million more until late 2014.

Furthermore, it has been possible to export USD 239 million and an investment of USD 131 million has been achieved.

The authority explained that there would be no shortages in the country and that on the market hangers, in addition to imported items, there are national manufactured products. He clarified that this measure is applied in order to give a boost to local producers.

General Comptroller will conduct a new audit to Editogran