In the first 7 months of this year, until last July, exports of shark fins exceeded the annual figures given in the last decade. 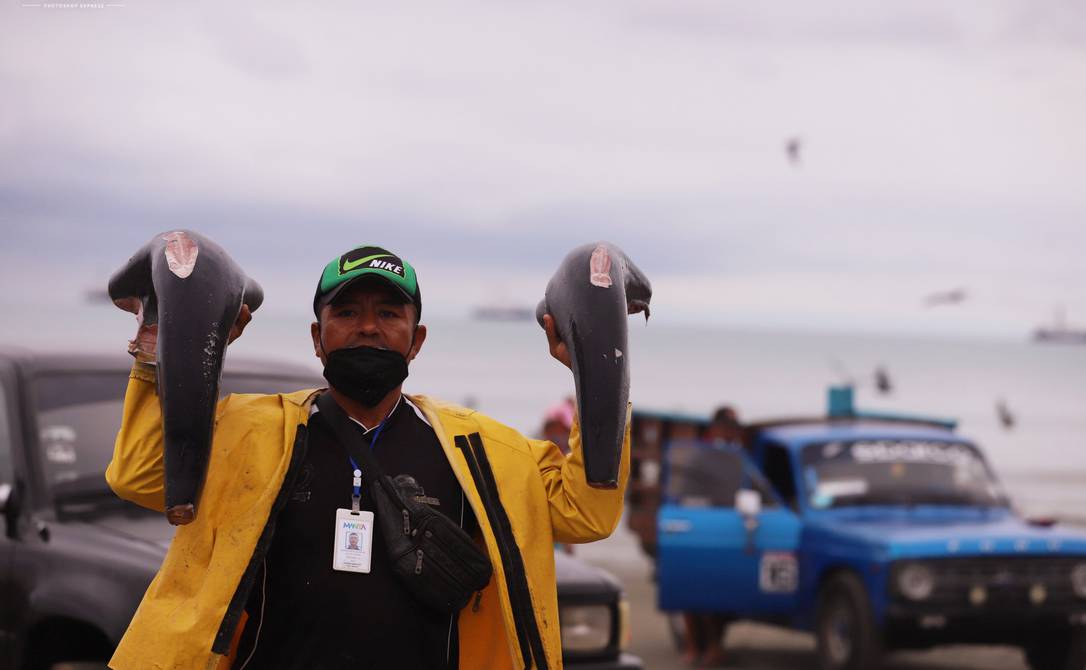 Ecuador, in the period from 2013 to July 2021, has exported one million kilos, or one thousand tons of shark fins, for an amount of $ 21.2 million. The statistics refer only to exports officially declared as fins. There is no record, for example, of the 26 tons of fins seized in Hong Kong, in April 2020, and that the country exported as ‘dried fish’.

The figures from these customs records contrast with those provided to this newspaper by the Central Bank of Ecuador (BCE): 6.8 tons, of red shark and finfish, for $ 47,000. These exports were made by air from Guayaquil in 2018 and 2019. The ECB did not provide information for other years.

The numbers materialize on the beaches of Manta, a coastal city with ports that concentrate 70% of the country’s fishing fleet. There, on cart planks, in plastic or lined up in the sand, dozens of sharks recently landed from the pangas accumulate,  small artisanal boats that after two days of travel arrive at the beaches every day from four in the morning. The largest, industrial fleets, go out to sea, 1,200 miles, about eight days of travel, and return after 45 or 50 days.

On Monday of last week, in Playita Mía, Tarqui parish (Manta), a load of seven sharks, without heads or fins, seemed abandoned. “It’s not mine,” “I don’t know,” fishermen told a journalistic team that asked about the owner of the fishing load.

A few meters away, the president of the March 5 Shark Bycatch Traders Association, John Vera, asked not to take photographs of fins accumulated in buckets or of headless sharks.