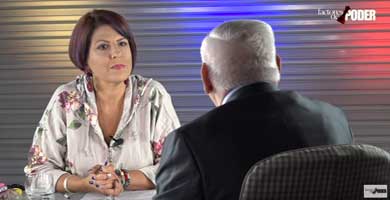 In her program “Agarrate – Factores de Poder,” journalist Patricia Poleo had revealed the secrets of a regime that manipulated the administration of Justice in Ecuador for ten years when former President Rafael Correa ruled by abusing of an all-powerful power and counted on servile judges willing to support his judicial and political persecution.

In the first part of the program, Patricia Poleo shows leaked emails that prove the corrupt manipulation of justice, emails sent by the former president and officials to favor the appointment of judges who would later rule in legal cases to please the whim and the interests of Correa.

The defense attorney for those suffering political persecution Felipe Rodríguez says that the severity of the published emails shows how judges were appointed. But it is in everyday life, as a trial lawyer, that one realizes what is happening in the courts.

“It is normal that at the end of a hearing, ‘remorseful’ judges ask defense attorneys to approach the podium to show them WhatsApp messages from senior officials of the Judicial Council, giving them orders.

Another method used by the previous government, because not only the Council of the Judiciary manipulated justice, but the Ministry of Interior used the “chair method.” This means that officials of the Ministry of Interior, showing off their credentials, enter the court rooms and sit on the side of the favored party. This happened in 99% of political cases, if not 100%.” (I)

The FAO advocates for small fishermen