Ecuador closed 2021 with 376 million boxes of bananas exported to different destinations around the world. The year was ending, but despite the fact that this amount was 2.5% less than what was exported in 2020, this 2022 began with the expectation of overcoming those 10 million fewer boxes. 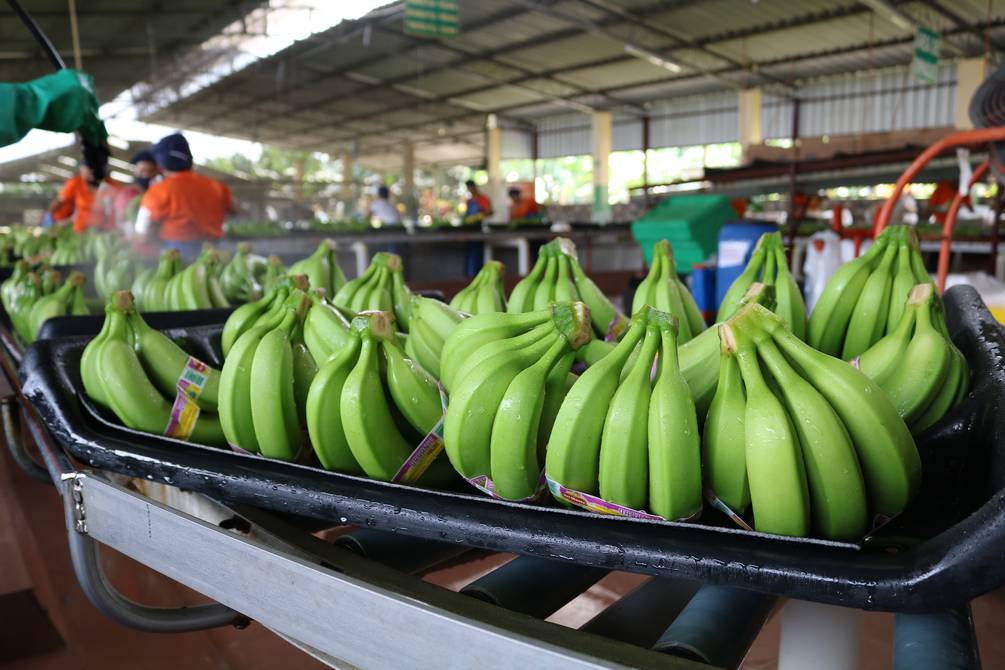 The expansion of banana plantations has been prohibited in Ecuador by law since 2004, but the provision is not complied with.

Until then, the main concerns of Ecuadorian exporters focused on problems associated with the logistics chain or the escalation of fertilizer prices that affected costs.

Above Middle East (13.89%) and United States (9.96%), Russia was consolidated as the second best destination for Ecuadorian fruit with 20.13% participation only behind the European Union (EU) which encompasses 27 countries with 27.15% , without imagining that three months later that same Russian market, with a war in tow, was going to represent almost 5 million boxes less, that is, 50% of what that stopped exporting last year to all destinations.

In just five weeks, since the beginning of the Russian-Ukrainian conflict, since last February 24, Ecuador has stopped exporting to these two destinations 4,995,000 boxes, according to figures revealed by Richard Salazar, executive director of the Banana Marketing and Export Association (Acorbanec), which according to the manager represents 19.5% of the total fruit that the country sends to these two destinations per week. Russia and Ukraine represent 25% of Ecuador’s total banana exports to the world.

Salazar shows figures that reflect how as time goes by, the impact is more severe for the sector, since in the last two weeks alone 2,720,000 people stayed in the country. boxes, while in the first three weeks of the war 2,275,000 boxes were not exported.

In foreign currency it costs Ecuador $40.6 million, Salazar reveals with concern, who warns that other destinations are also affected, such as Belarus, although in a very marginal. Between January and February 2022, around 24,000 boxes were exported to that destination, which borders Russia and Ukraine.

The impact is also reflected in the fiscal coffers.

José Antonio Hidalgo, executive director of the Association of Banana Exporters of Ecuador (AEBE), revealed that in the first four weeks of the conflict the taxes received by the State for the fruit that goes to Russia decreased by 23%, around $92,000. Meanwhile, for bananas going to Ukraine, taxes were reduced by 86% ($79,000).

And the situation has not improved, despite the fact that the Government was considering the possibility of placing the fruit that was not exported in other markets, such as those of China or South Korea, until now there is news about it. In addition, from the beginning this proposal was described as a ‘utopia’ by Salazar.

“Rather than opening new markets, other markets, especially spots, began to demand bananas, but at much lower prices, knowing that they were ceasing to export to Russia and Ukraine, that is, importers are taking advantage and pressuring to buy at low prices”, explains the executive director of Acorbanec. And he reveals that Russia itself is currently reducing purchase volumes or buying less fruit or changing the scheme to buy at spot and low price.

However, the consequences of the war are not exclusive to the external sector, internally they are already, they feel detrimental, for example, in around 6,000 direct jobs in the national banana sector, which, according to Salazar, are being affected at the moment.

And it is that the banana production that supplies the fruit to these markets is concentrated in the provinces of El Oro, Los Ríos and Guayas. Salazar details that 70% are small and medium producers and only the remaining 30% are large.

However, the production sector handles much more worrying figures. Franklin Torres, president of the Federation of Banana Producers of Ecuador (Fenabe), assured Diario EL UNIVERSO that as of last week around 50,000 jobs had already been lost.

He mentions that above all they are external contractors that are used on the farms, most of whom opted to reduce the working day to part-time to somewhat alleviate the burden of wages, although the leader believes that the war has also become the “pretext” used by most exporters to lower the price of the box internally.

“Simple, here in the country there are no authorities that control the banana commercial chain, speculation is the daily bread of the banana producer, who has become the one who pays for the broken dishes of anything that happens in the world or the country, with the pandemic it was the same, with the post-pandemic the same and now the pretext is war”, laments Torres, who asks: but why does the 5% that is not exported affect the price of 95% of banana exports?

“If tomorrow this tragedy of the war ends, they will try any pretext to continue paying poverty prices for a box of bananas”, states the president of Fenabe, who assures that the crisis of the fruit prices, increasingly falling, is not perceptible to the local consumer either.

“Only (it feels) in the payment received by the banana producer, if you go to any supermarket or neighborhood store or market you will see that the same price is still the same,” says Torres.

In neighborhood stores, the price of fruit has not changed, it is offered at an average of 25 cents for four units. However, there have been variations in supermarket chains in recent weeks.

For example, in the self-service chains of Favorite Corporation (Megamaxi, Supermaxi, Gran Aki and Aki), that have four suppliers that deliver weekly loads, the The price of the fruit fell 15% since fifteen days ago.

According to Rubén Salazar, corporate manager of the firm, it was due to an offer from the supplier, which was passed on to the client and which is still valid until now. (I)