The pus comes out everywhere. The Office of the Prosecutor executed six raids last night in Portoviejo, Perdenales and Calceta. Currently there are 9 detainees. Large amounts of money, weapons, stamps of public institutions, among others, were seized. 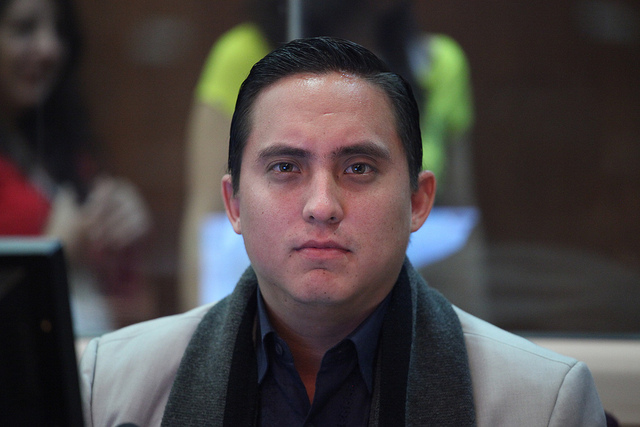 The raids allowed prosecutors and police officers to find a large amount of money, the same ones located in briefcases, in addition to firearms and a series of stamps from institutions such as SRI, the Manabí Provincial Council, among others. Jean Carlos Benavides Moreira is advisor to Assembly members Daniel Mendoza from the Alianza País movement. Benavides  appears as executive secretary of the Better Movement, List 100, led by Daniel Mendoza.

Another of the detainees is José Véliz Saltos, who is one of the principals of the Pedernales Manabí Consortium, in charge of the construction of the Basic Hospital of Pedernales, who at the time of his arrest was on site, as reported by manabinoticias.com.

Journalist Carlos Vera, a native of Bahía de Caráquez, links yesterday’s raids in Manabí with the debate and approval of two laws in the National Assembly. Daniel Mendoza is one of the speakers for one of the laws.

The trail of dirty money

The uncovering, according to news reports of this great pot of corruption in the province of Manabí, dates back several months. In a bank, there would have been strong movements of money from people whose banking history did not record such transactions. Thus, it is learned that from the account registered by one of the shareholders of the Pedernales Manabí Consortium, Danilo Fabricio Vélez Saltos, at BanEcuador, checks for 100 thousand dollars or more were being written to various people, including government public servants decentralized autonomous of Manabí, the same that were withdrawn from the bank to handle them in cash.

With these antecedents, and with the suspicions that in the adjudication of the Pedernales Hospital there were indications of some illicit acts, the Office of the Prosecutor mounted the investigation that ended with the operations, the captures, the raids and the finding of cash, a list of alleged people who would have received money, weapons, among other evidences.

Today (Friday), the Minister of Government, María Paula Romo, confirms that version, and comments that an origin of this investigation is given by a work done by the Anti-Corruption Secretariat that brought down the award of the contract for the Perdernales hospital. , because it would have false guarantees.