A model similar to that implemented by Guayaquil, Ecuador’s port municipality, to stop hospital collapse and reduce mortality from COVID-19, is about to be applied in Nuevo León, a Mexican state whose capital is Monterrey. The announcement was made a week ago by the state health secretary, Manuel de la O, and was published by the Mexican newspaper Reforma and the local newspaper El Norte. 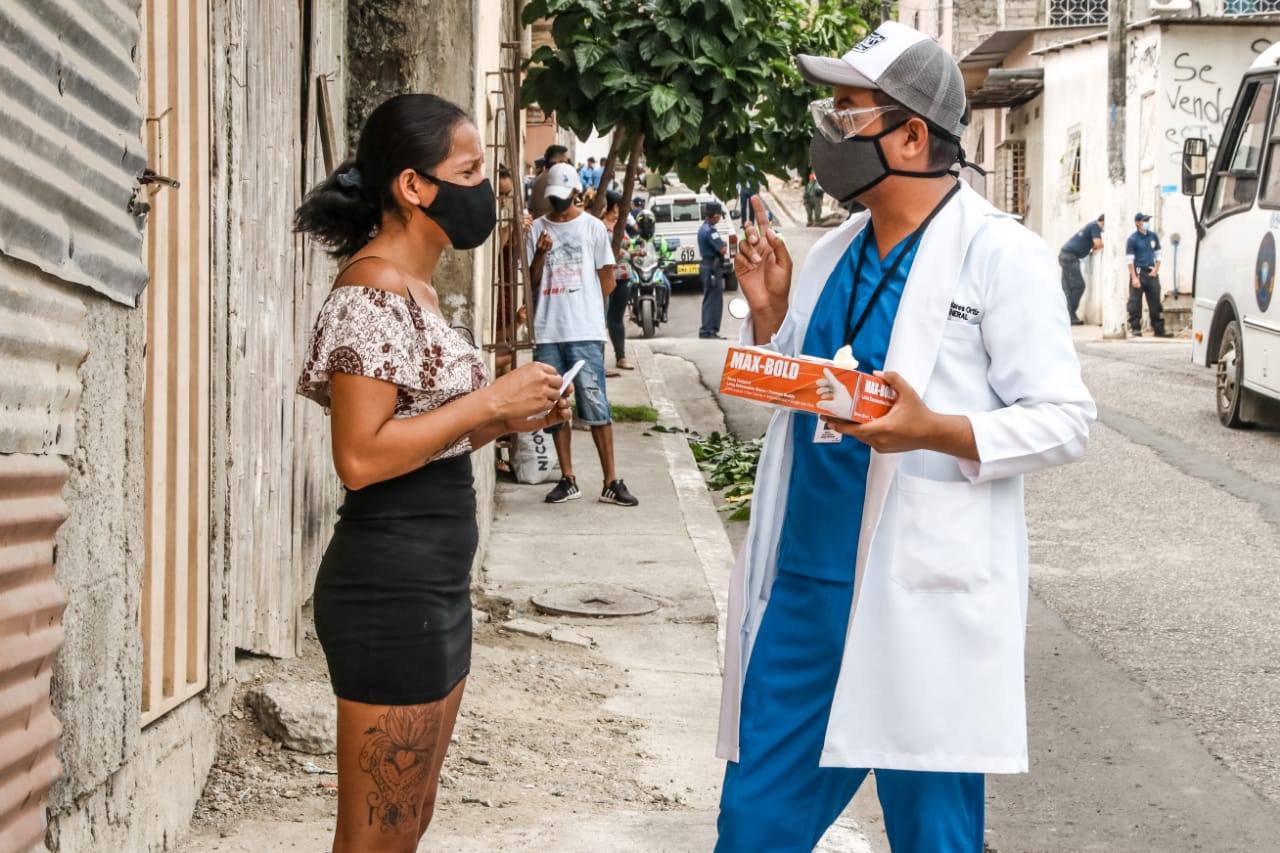 The official stressed: “These new actions, in general, will be applied to have brigades that can go, initially, to the colonies where a greater number of cases have been presented to timely detect cases that could be complicated and thus avoid a possible hospital saturation ”.

This is one of the concrete applications of the plan that the Municipality carries out in Guayaquil, which has the support of the so-called technical table, made up of 50 Health professionals who work in the public and private sectors. This began when the city was facing the worst outbreak of COVID-19 in the region, with peaks of up to 600 deaths above the normal average, which between March 20 and mid-May totaled almost 9000 deaths. Between March and April, people had no access to medical care or evidence.

The council hired nearly 500 doctors, built 2 hospitals with oxygen supply by pipeline, deployed 35 mobile clinics, 8 day hospitals, a telemedicine unit, and went out to the neighborhoods every day to deliver food rations, make medical consultations, take testing and giving medicine. The heart of it all: looking for early or intermediate stage patients at home. To the serious, take them to hospitals.

Thus, the death figures fell and are almost two months with averages below the usual figure. Hospitals continue with their intensive care units almost 90% full, but with seven out of ten patients arriving from other provinces.

This reality is spread as an example at the international level. First they were Peruvian newspapers that cited the success in the fight against the virus, more than a month ago.

Then, the US newspaper The Wall Street Journal , in late June, described the fight against the virus as a success story. It collected the statement of the doctor Carlos Espinal, director of the World Health Consortium at the International University of Florida (United States), who said that it is “the first major city in the developing world to be hit by COVID-19 and achieve change “

Dozens of media have already been echoed. And also governments, in addition to that of Nuevo León already mentioned. The Panamanian authorities also analyze the application of the Guayaquil strategy . Roberto Eisenmann, writer for the newspaper La Prensa,He wrote last week: “There is only one thing: as citizens we have to imitate the Guayaquil model. There, with more than 400 deaths a day and hospitals at capacity, people dying in the streets and with burials in mass graves, those from the non-governmental sector -citizens- gathered, opened a trust account with an external audit of an international firm , they collected funds, they set up a technical body, a purchasing commission, a logistics commission and another one for food for the people… and they took the government on their shoulders, achieving in a short time lower mortality to figures close to zero ”.

He was referring to the Special Emergency Committee for Coronavirus in Guayaquil, led by former mayor Jaime Nebot and María Gloria Alarcón, from the business community. They have provided virus screening tests, medicines, and medical supplies. This task has also been done by foundations and organizations of all kinds.

Epidemiologist Johnny Real indicates that the case of Guayaquil is very interesting for the study of the virus, because after facing very critical weeks he knew how to get up with a lot of organization of authorities and businessmen.

I consider the house-to-house sweep vital. “The pandemic is treated in the territory and controlling the non-expansion of the virus. Know what the contacts are, not only attend to them, but the route to follow, the orientation so that they continue taking care of themselves. At the beginning, on the other hand, nobody knew what he was going to do, everyone went to hospitals and that caused the collapse, ”he lamented.

He added that the mayor’s leadership was very important in days when nobody knew what to do. And she also highlighted the value and help of businessmen and other officials who took to the streets to control the situation.

“Important protocols were applied, that scan in the infectious foci resulted in a relative calm in Guayaquil in three or four weeks,” he said.

His colleague Francisco Andino agreed that work in the neighborhoods was, is, and will be fundamental. He also highlighted the citizen’s responsibility to take care of himself and follow the biosafety guidelines to maintain certain control of the virus that still remains in the city.

Mayor says that the battle is won day by day

One of the questions that some doctors and citizens ask is why it would be said to be a successful model to fight against COVID-19 in a city that to date has almost 10,000 deaths above normal.

The Mayor of Guayaquil, Cynthia Viteri, responds: “Precisely for that. We knew as a city that we depended on our effort. Everything in the world is still test and trial because nobody has been able to control the virus. Guayaquil had a simple and logical vision: if the health network collapsed and people died from not receiving care in time, then we would go looking for patients from house to house before they get worse ”.

“We divide the city by sectors, an army of doctors hired by the Municipality of Guayaquil continues to go out every day to look for patients in their homes in the initial and intermediate stages, we medicate them, we quarantine them, we have them monitored with community leaders , doctors, mobile clinic and we receive a georeference alert if the fence is broken ”, he details.

“It is not a won war, it is a method that allows us to arrive first at death to the patient’s home. Here the battle against the virus we fight every day, we have data sector by sector and data of the deceased, ”says Cynthia Viteri.

She proposes today that the city remain in yellow throughout 2020; likewise, that the classes remain virtual all this year so that the city does not relax. Today, the cantonal COE will define new measures that will be proposed to the national COE for final approval. (I)