Starting this July 20, McDonald’s will be in the Los Chillos valley, located in the eastern part of Quito, outside the hypercenter. This place is the first that a multinational fast-food chain installs in the sector, characterized by its climate and its wide range of national cuisine. 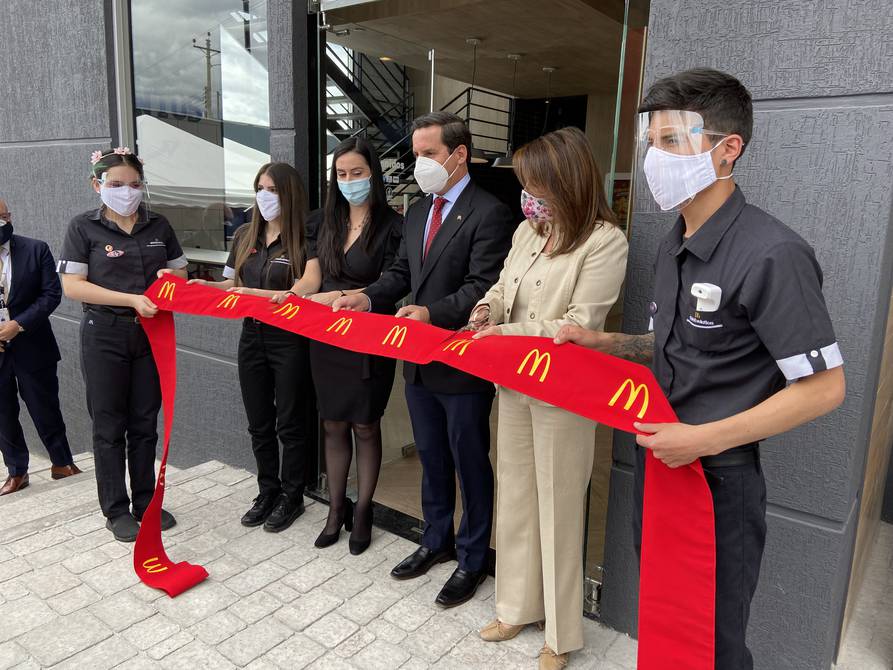 Quito. Despite the delay in construction, due to the pandemic, McDonald’s opened a new store in the capital; this time in the Los Chillos valley.

The restaurant generated expectations since last year, as it began to be lifted in the pandemic, but its inauguration, originally scheduled for the end of 2020, had to be postponed for about seven months.

According to its general director, Francisco Boloña, in the last two years, the firm has invested more than $ 4 million, of which most correspond to the Los Chillos Valley location; a small percentage was destined to improvements in other parts of the country.

In addition, it highlights the substitution of imports for the benefit of national production and the generation of employment, despite the restrictions of the pandemic. The firm has 1,400 workers in the country.

The opening event, on Monday, July 19, was attended by the Vice Ministers of Production, Carla Muirragui, and of Labor, Paulina Durango, as well as company executives. (I)