In the framework of the debate organized by the National Electoral Council ( CNE ), this Sunday, January 17, between the candidates for the presidency of the Republic of Ecuador, the former Minister of Culture and candidate for the presidency for the Construye movement, Juan Fernando Velasco , questioned the candidate of UNES , Andrés Arauz , for the contract of $ 5,600,000 that he signed in 2017 when he assumed the functions of Minister of Culture in charge, in the government of Rafael Correa . 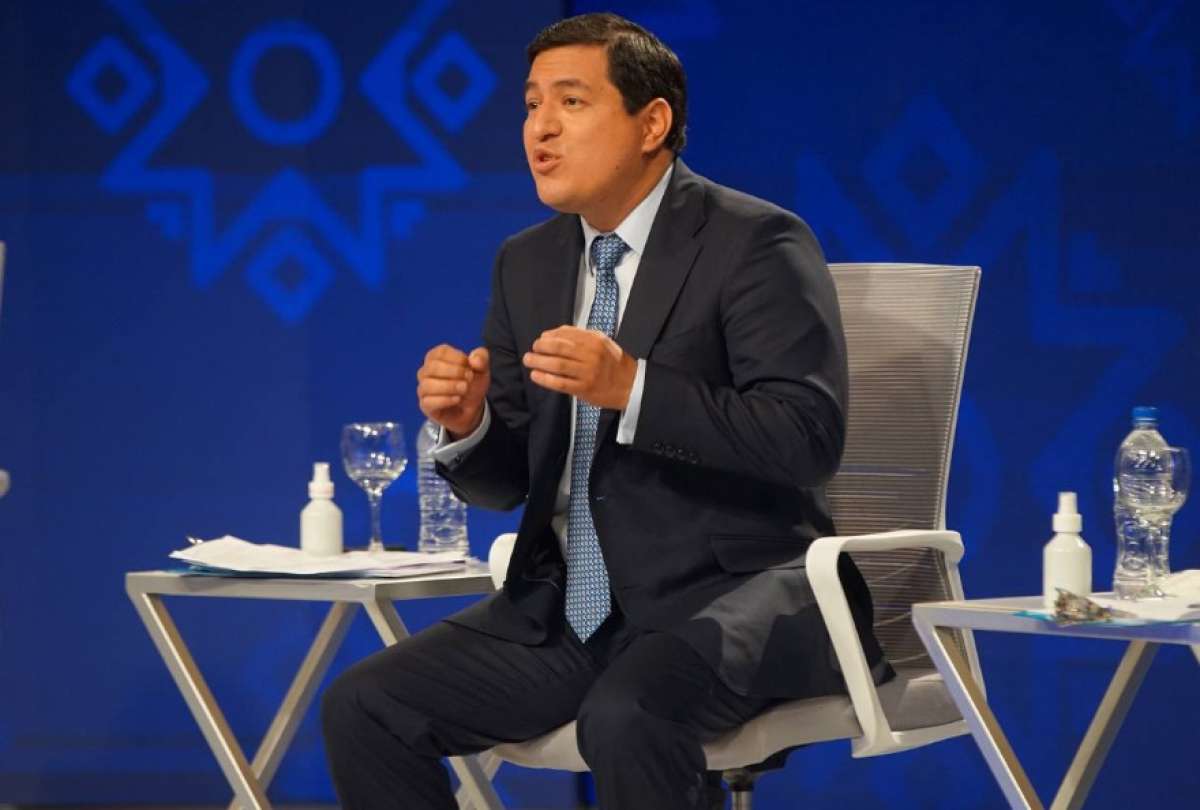 That year the then Minister of Culture, Raúl Vallejo, launched a hiring process for the Festival of Living Arts of Loja for its 2018 edition for a price of $ 1,370,000 , but after that call for competition, Minister Vallejo resigned and Now candidate Andrés Arauz assumed the portfolio , who signed a contract for the organization of the festival with STARGROUP Cia Ltda, contrary to the rules and changing the established modality because the new contract was not carried out by public tender, it became biannual and its amount rose more than double.

In other words, the day after launching the process, former minister Vallejo resigned. That same day, April 25, the Ministry of Culture was commissioned to Andrés Arauz, who would immediately terminate said process, uploading a new, biannual one, which changed the contracting modality so that it was direct assignment and that exceeded $ 1 ‘370,000 to $ 5’600,000 . These two actions are observed as unjustified in the special examination carried out by the Comptroller’s Office.

In the special examination of the Comptroller of 2018 these irregularities are observed, that is, in the price and in the form of contracting.

The examination concludes that there is no justification for the increase in the budget and neither for having changed the contracting method, since it was not an artistic work but an event.

According to the special examination, the servers did not observe the provisions of articles 2, numeral 5, 4 and 23 of the Organic Law of the National Public Procurement System; 69 and 93 numeral 1 of its general regulations; the sole article of Executive Decree 1416 of May 18, 2016, internal control standards 100-03 responsible for internal control and supervision 401-03 and contracting 406-03; and they did not comply with the duties and powers established in article 77, numerals 1, literal (a), and 2 literal (a) of the Organic Law of the General State Comptroller’s Office.

The special examination was made of the pre-contractual, contractual process and execution of contract no. MCYP-CGJ-2017-13, with the aim of holding the Loja Living Arts Festival: production, execution and promotion of the second and third edition to promote the diversity of artistic experiences. The exam was carried out for the period between March 1, 2017 and December 31, 2017.

Among the conclusions of the technical feasibility report, determination of the referential budget and terms of reference is that the director of Cultural Promotion and Strengthening and approved by the Undersecretariat of Entrepreneurship, Art and Innovation signs without previously having technical studies that endorse the specific characteristics and quantities required for the execution of activities of the components and subcomponents for the realization of the second and third edition of the International Festival of Living Arts of Loja for the years 2017 and 2018, which caused that it could not be identified and validated that the amounts established in the referential budget are necessary and in the report on the selection of the ideal supplier, the direct invitation under the Special Regime modality to the company STARGROUP Cía Ltda is recommended, without considering that the object did not constitute an artistic work.

The Vice Minister of Culture and Heritage, in a memorandum mCYP-DV-17-0061 of May 19, 2017, recommended to the Minister of Culture and Heritage in charge of awarding the contract to the company STARGROUP Cia Ltda without the prior motivation for canceling the process. Bidding LICBS-MCYP-SAC-17-01, the need and the technical study for the start of the special regime process, which led the Minister of Culture in charge, Andrés Arauz, under administrative resolution 075 of May 19, 2017 to award the process to the STARGORUP company without it having the justification of the need to contract for artistic work by special regime, limit the participation of more suppliers and affect the principles of opportunity and competition provided for in the regulations of the National Public Procurement System

So what document did candidate Andrés Arauz show as an instrument of discharge?

What the candidate showed was a document issued by the Comptroller’s Office that certifies that he does not have any final sanction , but this is understood to be pending because there is still no final resolution, so it does not appear as if there were any irregular situation.

There is no resolution, but the process continues, that is why candidate Andrés Arauz presents the certificate.

If the former Minister of Culture in charge Andrés Arauz had been freed of responsibility, he would have shown a document saying that he is acquitted , but that has not happened.