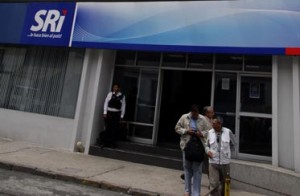 The Internal Revenue Service (SRI for its Spanish acronym) noted that there has been a growth of 8.1% in the income tax. This was indicated in the tax collection report corresponding to May 2014.

The total amount that entered into the Treasury from January to May, reached the USD 5,920 million.

The tax that raised more money was the Value Added Tax (IVA), which in the first five months of the year, generated a revenue of USD 2,671 million. In the same period, the Income Tax raised USD 2.142 million.